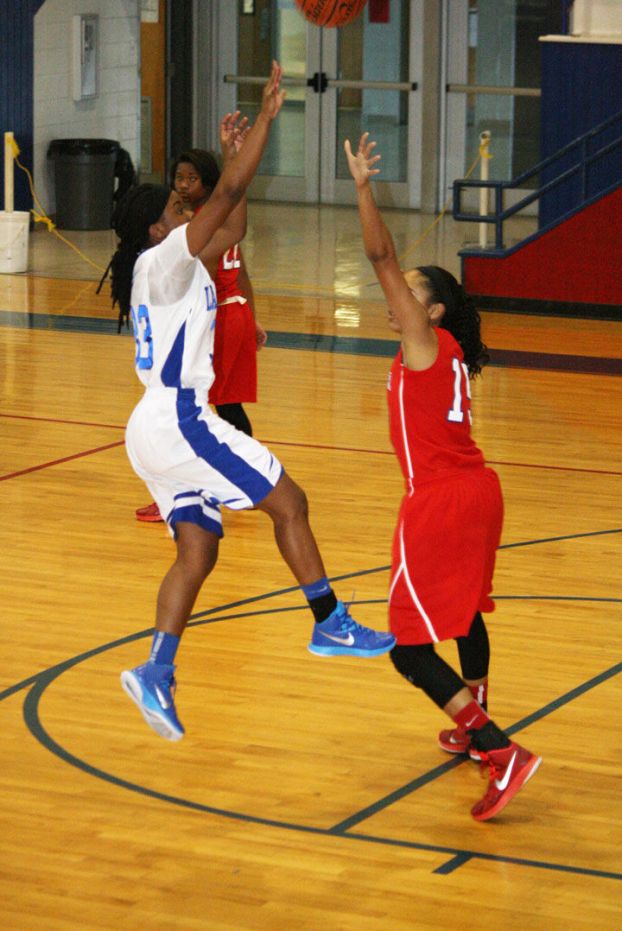 WESTWEGO — The West St. John Lady Rams went 1-2 against some stiff competition at the Allstate Sugar Bowl Prep Basketball Classic, falling 45-34 to John Curtis and 40-35 to Karr, while besting Doyle 57-43.

“I thought we played well,” West St. John coach Lester Smith said. “Karr was the No. 1 team in Class 4A, and Doyle was ranked No. 3 in 3A. Curtis is always a factor. We get a lot out of playing in this tournament.”

It was the second straight season the Rams have competed at the Sugar Bowl tourney.

“We had great balance against Doyle,” Smith said. “We had better offensive execution overall (than in the opener against Curtis). Defensively, we did a nice job limiting what they wanted to do.”

“We didn’t shoot well at all,” Smith said, noting the normally high-scoring backcourt of Trench and Nicholas were held to seven combined points.

“They played a little bit of a box-and-one, and we didn’t hit shots we normally make. Combined with some foul trouble, and the game just got away from us in that second quarter. We got out of rhythm.”

Hunter scored nine and Trench eight for the Rams against Karr, who got 10 points from Paige Williams.

The Rams returned to district play this week with a game against East Iberville (after press time) Tuesday. WSJ returns to action Friday night at home against White Castle.