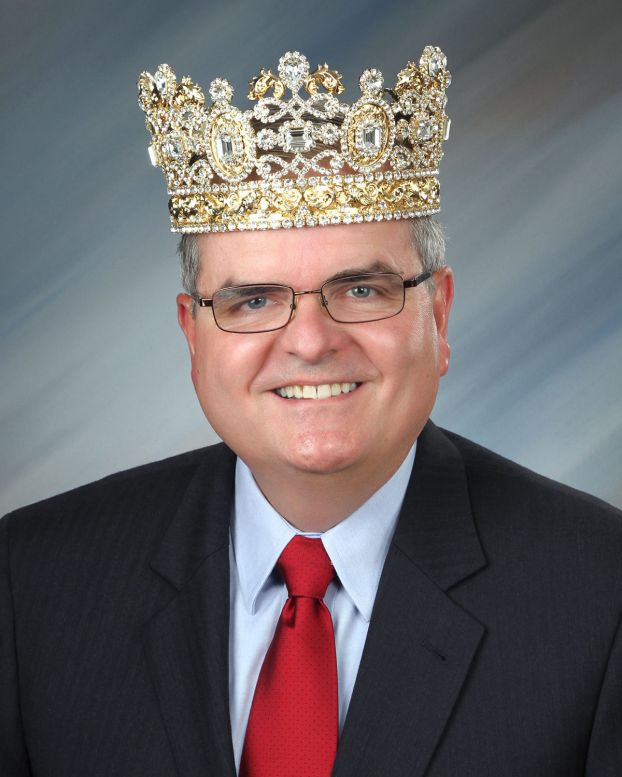 LAPLACE — Michael Hanley and his daughter Noelle Hanley of LaPlace will share the spotlight as King and Queen du Monde XXXVI in the River Region’s largest Carnival celebration.

Krewe du Monde, founded by the LaPlace Jaycees in 1974, is run by and for the benefit of the Lion’s Club of LaPlace.

Michael has been a financial advisor for Edward Jones for the past 25 years. He and his wife Maria have been married for 26 years and have three children: Noelle, Michael Jr. and Ashton.

Noelle graduated from St. Mary’s Dominican High School in 2011 and will graduate in May from Louisiana State University, specializing in certified financial planning. She served as a 2011 Maid in Krewe du Monde XXXIII.

Pages to the King are Will Terrell, son of Travis and Mary Terrell of Montz, and Ashton Hanley, son of Michael and Maria Hanley of LaPlace.

Pages to the Queen are Ava Elizabeth White and Ella Catherine White, daughters of Chance and Rona White of LaPlace.

Other members of the royal court include six Duke and Maid pairings, as well as a Captain.

Duke Buddy Boe of LaPlace, the chief administrative officer for St. Charles Parish, is married to Courtney Andersen Boe. Maid Danielle Brignac of LaPlace, the daughter of Kerry and Jane Brignac, is a student at Southeastern Louisiana University majoring in elementary and special education.

Duke Peter Dufresne of Paulina, a self employed sugar cane farmer, has three children: Ellis, Zack and Amanda. Maid Carly Hotard of Lutcher, the daughter of Callen and Coleen Hotard, is a student at Lutcher High School.

Duke Michael Hoover of Garyville, employed by the St. John the Baptist Parish Sheriff’s Office, and his wife Leigh have four children: Joshua, Ryan, Adam and Noah. Maid Maddie Guidry of LaPlace, the daughter of Francis and Maria Guidry, is a student at Loyola University studying construction management.

Duke Jason Jackson of Montz, the owner/operator of Jackson Industrial, has two sons: Landen and Caiden. Maid Jema Harrilal of Montz, the daughter of Jeannine Gentile and Wayne Harrilal, is a student at Southeastern University majoring in nursing.

Duke Michael Freitas of Norco, employed by Motiva Enterprises in Convent, and his wife Elizabeth have one daughter, Micah. Maid Lorrie Ann Metrejean of Norco, the granddaughter of Ann LeBlanc, is a student at Nicholls State University.

Duke Randy Cashio of Paulina, employed by Mosaic, and his wife Ashley have four children: Peyton, Corrin, Avery and Remi. Maid Katie Lyn Landeche of Reserve, the daughter of Gary and Lisa Landeche, is employed by Repcon Inc.

Captain John Guillot of LaPlace is Captain, and his wife Donna is the Captain’s Lady. John, a work process specialist for Motiva, has been involved with LaPlace Lions Club and Krewe du Monde since 2001.

The Guillots have two daughters, Mary Terrell and Jeanne Guillot.

The King and Queen and members of their royal court will be officially presented at the 36th Krewe du Monde Ball — with a “Rocks Your High School Dance” theme — at 7 p.m. Feb. 13 at the St. John Community Center. Doors will open at 6 p.m.

Tickets, at $75 per person, can be purchased at KreweduMonde.com or at Formal Connection, located at 299 Belle Terre Boulevard in LaPlace.