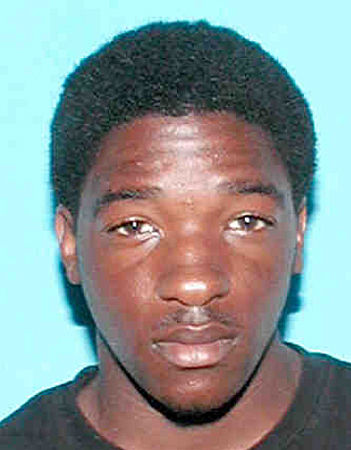 LAPLACE — A man wanted on two counts of first-degree murder is believed to be hiding in St. John the Baptist Parish, regional authorities warn.

Detectives believe Lanaute is in St. John Parish, where Sheriff Mike Tregre said he has residing family. Tregre said several locations were searched Monday morning for Lanaute, but as of Tuesday morning he had not been located.

Authorities said Lanaute should be considered armed and dangerous. Anyone with information on his whereabouts should call Crimestoppers at 225-344-7867 or Capt. Todd Morris at the East Baton Rouge Parish Sheriff’s Office at 225-389-5577.

Crimestoppers callers, who can remain anonymous, can receive a reward for information leading to Lanaute’s arrest.

The Advocate reports two men, along with Lanaute, are accused of going into a Baton Rouge home in May to sell the occupants marijuana. One suspect told authorities Lanaute and the other suspect went upstairs at the apartment and shot and robbed the two victims, who both died as a result of the shootings.