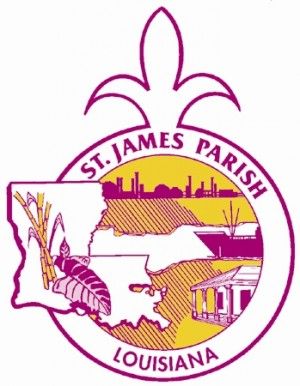 CONVENT — Petroplex attorney Boyd Bryan made a lengthy and impassioned plea before St. James Parish Council members this week, asking the parish to rescind a stop work order halting the company’s efforts in the parish.

Bryan concluded his more than 23-minute presentation, saying “I just request that y’all consider passing a resolution and give us the authority to move forward. I’ll answer any questions you have.”

Ketchens asked if there were any questions from the Council, heard silence and continued on with the Parish Council’s regular agenda Wednesday evening.

St. James Parish sent the company a stop-work order in early December on its ongoing $800 million tank farm project, which was under construction in Vacherie.

The Council at first granted Petroplex permission to build the tank farm in Vacherie earlier in 2014 after a 6-1 approval vote.

Citing a lack of progress at the construction location and unmet obligations with an agreed-upon timeline, parish officials halted the progress.

Following actions at this week’s meeting, Petroplex officials and St. James leaders appear to disagree on how to move forward.

“We came to a Council meeting in the first week of November (and) were implored, if not ordered, by some Council members to speed up the process, get after it, speed up construction,” Bryan said at Wednesday’s meeting. “We took that to heart and absolutely did that and were in the middle of doing it and then a stop work order was issued. It was issued before we had a chance to meet with the parish and respond to the allegations in the letter (earlier in the week).

“Why are we here (in front of the Parish Council)? We’re here asking for a chance to proceed with this project.

“It is so far into it. It was working diligently in compliance with the resolution when it was stopped.

“We’re asking for the opportunity to move forward and construct and operate this facility.”

If that was not possible, Bryan asked Parish Council members to amend a resolution passed in May or pass a new resolution and impose new regulations, allowing the company to move forward with construction.

Neither request was met with a response at Wednesday’s Council meeting.

In his presentation before the Council, Bryan maintained Petroplex met all requirements concerning construction and was doing more than simply moving dirt around the work site.