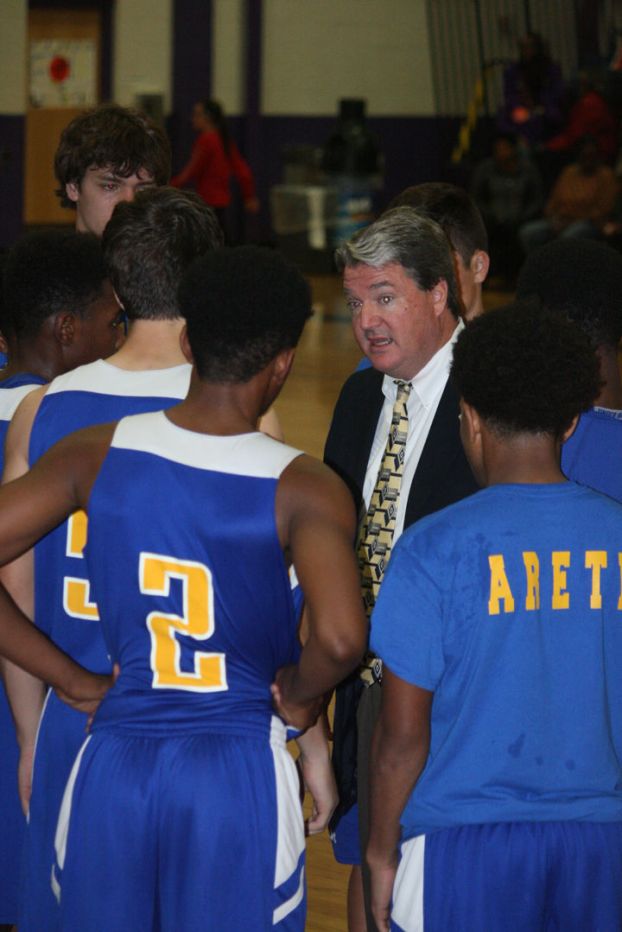 LAPLACE — St. Charles basketball coach Kemper Todd can’t recall a time he was ever pleased with a 4-8 start to a season, but that sentiment fits today.

His Comets have won two straight games after Tuesday night’s 51-45 home victory over Pope John Paul II, and the first-year Comets coach is seeing marked improvement in a rebuilding team almost completely reshaped from a year ago.

“We’re not satisfied with the record we have, don’t get me wrong,” Todd said. “But there’s no doubt we’re improving, both defensively and offensively. I’m loving how hard we play in practice, and we’re seeing that pay off on game night now.”

“We really had nice balance,” Todd said. “By no means are we a polished team yet, but we’re making strides.”

Rousseve and Arceneaux, Todd said, have made big impacts as sophomores, with Rousseve’s on-ball defense providing a major plus for the Comets.

Weber also earned Todd’s praise, the coach noting the junior guard has quickly picked up on what the Comets’ system entails.

“He always seems to be in the right place at the right time,” Todd said. “That’s a credit to his intelligence, and also his attention to what we’ve been doing.

“I think he’s been the our most solid guy on the whole.”

SCC pulled away for good in the third quarter, outscoring Haynes 46-24.

Patrick Lewis prepares to snap the ball for Texas A&M during a game against LSU. read more