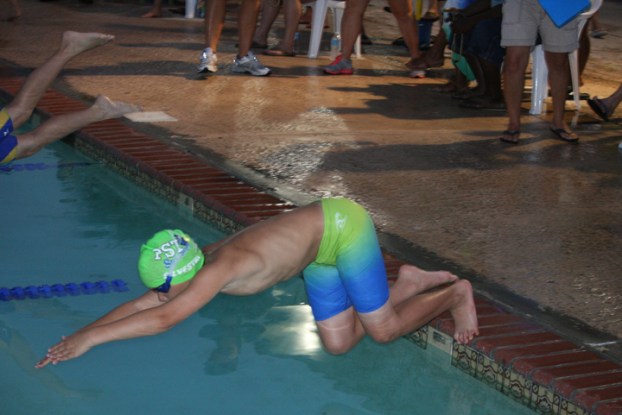 LAPLACE – For a rebuilding Piranha Swim Team squad, Thursday’s meet against Hill Heights goes down in the standings as a loss. It does, however, stand as the team’s most encouraging performance in some time.

For the Piranhas, (0-2) formerly known as Belle Terre, it represents a huge improvement from its performance against Hill Heights a year ago, a meet that saw the Hurricanes win by 188 points.

PST coach Blaine Tatje credited the work the swimmers have been putting in, as well as the efforts of fellow coaches Hailey Montz and Kelsey Tatje.

“In my book, it’s like a victory,” said Tatje. “It came down to the wire. Hill Heights is always a very good team, so for our swimmers to show the kind of improvement they did and compete like that, it was really exciting for everyone.”

The teams were near deadlocked after one event, Hill Heights leading 55-53 after the freestyle.

The Hurricanes extended their lead, outscoring PST in the backstroke, 61-47, and in the breaststroke, 61-44.

The teams tied in the final event of the night, each posting a score of 35 in the freestyle relay.