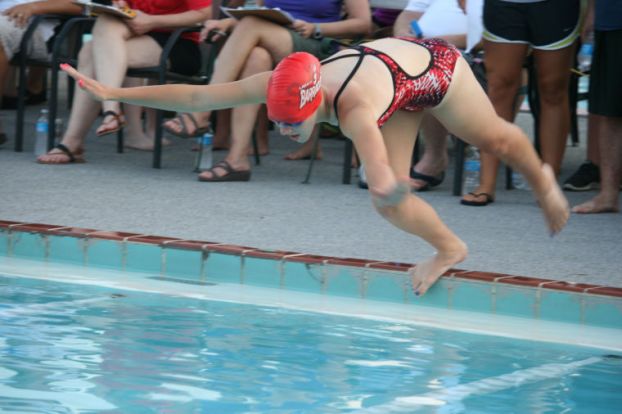 LAPLACE – For the second consecutive season, LARAYO kicked things off in the opening week by facing two of the perennial top contenders to its River Parish Swim League crown.

The Barracudas were up to the task just as they were a year ago, following a season opening win over LaVacherie with a 370-183 victory at rival Riverlands Thursday.

“We had a lot of kids swim faster than on Monday,” said LARAYO coach Michelle Jensen. “We shuffled our lineup a little bit, with some of our boys out for this one. But we had people come in and step up where we needed it.”

Jensen said that already, she sees her team making strides this season.

“We’re seeing improvement, even from meet one to meet two,” she said. “That’s what I’m most happy with right now.”

LARAYO hosted Sun Villa Monday and is set to travel to Hill Heights Thursday. Riverlands traveled to Ellington Monday and has a bye on Thursday.

Results for Monday’s meets will be in Saturday’s edition.