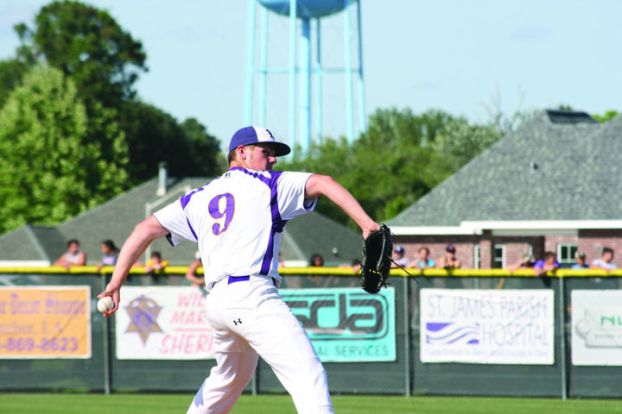 LUTCHER – The release of the Class 4A All-State baseball team provides a fitting postscript on a dream season for the Lutcher Bulldogs.

The Class 4A state champions see three players earn spots on the team and swept both the Louisiana Sports Writers Association’s All-State 4A Outstanding Player and Coach of the Year awards, with star senior pitcher Jared Poche and coach Davey Clement walking away with those respective honors.

The two are joined by seniors Corey Merrill and Zachary Zimmer.

Lutcher is also represented on the softball side as senior Kassidy Zeringue makes a return appearance.

Poche, an LSU signee, was dominant in 2013. The left-hander capped his season with a one-hit, 11 strikeout performance in a state championship victory over St. Thomas More. He finished the season with a perfect 11-0 record, spinning a 0.65 ERA and 0.96 WHIP over 75 innings while striking out 129.

He was also strong with the bat, posting a batting average of .429 with seven home runs and 40 RBIs. He committed to LSU before his junior season began.

“It gives me a great sense of accomplishment,” said Poche.  “And with the three of us making it, I think it’s a reflection of all the hard work we did this season. It feels good to make it along with Corey and Zachary. We’ve been playing together since we were seven years old. Now we’ve won a state championship, and it’s something that … when we’re 40 years old and we meet up, we can always say ‘We won state together.’”

Clement secures Coach of the Year after leading Lutcher to that crown, as well as a 29-4 overall record. After a long run of sustained success as the Bulldogs head coach, he finally got to commemorate it with a state crown.

Clement said he was honored when he learned of the Coach of the Year title. He also quickly gave credit to his coaching staff for making it possible.

“I know you’re only as good as your assistant coaches, and they deserve lots and lots of credit,” said Clement. “We made an incredible run, and it seems like things have just been getting better and better.”

He said that Poche’s honor was well-deserved.

“He knew there was a big bullseye on his back coming into the season,” said Clement. “He had to carry us. Not only did he live up to those expectations, he exceeded them. It’s a great honor for a great kid.”

Merrill provided the Bulldogs’ staff with one of the state’s elite 1-2 punches. The Tulane signee overcame a midseason injury to post a 0.70 ERA and 0.90 WHIP with 46 strikeouts in 30 innings. He went 4-1, including a two-hit win in LHS’ semifinal win over Tioga. He batted .389 with 29 RBIs this season.

“Not only did he pitch well for us, he was a really good infielder as well at third and shortstop. We moved him to short, and he didn’t bat an eye. He’ll do whatever it takes,” said Clement.

The senior outfielder was the team’s most consistent hitter, said Clement, who said that recruiters are missing the boat on a great prospect.

“All year long, I see him hit against quality opponent after quality opponent. Just hit after hit,” said Clement. “Then he plays even better competition at the All-Star game and goes 3 for 6 over two days. He’s just a tremendous player.”

Zeringue batted .532 this season and stole 49 bases for Lutcher’s softball squad, again showing herself to be a terror for the opposition in all phases of the game.

“Offensively, she’s such a weapon,” said Lutcher coach Blake Orgeron. “Her batting average really blew my mind, given the competition we played. It seemed like the better the competition was, the more she shined.

“She didn’t steal as many bases as a year ago, but that had a lot to do with how many more extra base hits she had this season. She didn’t have as many chances.”

Townsend kicks off summer with 7-0 victory

By RYAN ARENA L’Observateur NEW ORLEANS – While it may not have completely erased the sting of St. Charles Catholic’s... read more