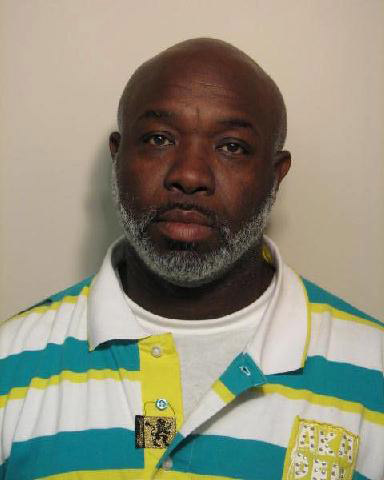 LAPLACE – The St. John the Baptist Parish Sheriff’s Office is asking for the public’s help in tracking down a man they say broke into a LaPlace lawn equipment shop last month to steal various machines.

Sheriff Mike Tregre said a warrant has been issued for Bryant Shelvin, 46, of Avondale for unauthorized entry of a place of business and theft of things over $1,500.

Shelvin is one of two men who apparently used bolt cutters to enter Sunshine Equipment in LaPlace on June 28. Employees of the store, located near the intersection of Airline Highway and Main Street, reported that three self-propelled lawn mowers valued at $500 each and two zero-turn-radius lawn mowers valued at $2,899 each had been stolen the night before.

Tregre said authorities have video surveillance that showed two men in a maroon and tan truck pull up to the shop’s gate. One man with a bolt cutter entered the yard and loaded the items into a utility trailer attached to the truck.

On July 10, detectives monitoring the shop spotted a vehicle pull up to the gate fitting the description of the previous burglary. Authorities converged on the property and arrested Larry Bratton, 47, of Phyllis Drive in Avondale. He was booked with simple burglary and felony theft. Shelvin has been identified as the second man involved.

Anyone knowing the whereabouts of Shelvin is asked to call their local law enforcement agency or Crimestoppers at 504-822-1111.