Man has run in with deputy after shooting 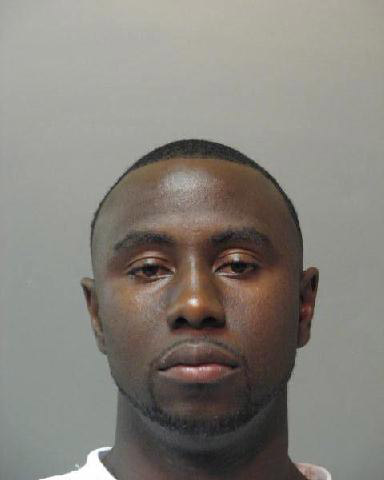 LAPLACE – A LaPlace man with a lengthy criminal history was arrested in Reserve Saturday after allegedly firing shots at a vehicle and later ramming a St. John Sheriff’s Deputy’s unit during an attempted traffic stop.

Reginald Cosey, 28, of San Francisco Drive, was booked with attempted murder of a deputy, aggravated flight from an officer, illegal possession of a stolen firearm and possession of a firearm by a convicted felon in connection with the incident Saturday. He is being held at the Sherman Walker Correctional Facility in LaPlace on a $250,000 bond.

St. John Parish Sheriff Mike Tregre said deputies were called to the 200 block of East 27th Street in Reserve just before 10:30 p.m. Saturday in response to a shooting in the area. A 21-year-old female and a 22-year-old male, both of Reserve, told officers they were in a vehicle traveling west on Perrilloux Drive when an older model multicolored pick-up truck heading east opened fire on their vehicle. Tregre said a barrage of gunfire peppered the victims’ vehicle, but neither occupant was struck.

About 20 minutes later, Deputy Mark Ceravelo spotted a vehicle traveling on Railroad Avenue in Reserve that fit the description provided by the victims. Tregre said the deputy attempted a traffic stop, but the vehicle sped away at a high speed.

The deputy continued to attempt the stop when the driver, later identified as Cosey, slammed the truck into the driver’s side door of the deputy’s vehicle causing heavy damage. Cosey then drove into a utility pole, got out of the vehicle and attempted to flee on foot. Tregre said Ceravelo was not injured.

After a brief chase, deputies caught up with Cosey and detained him. A search of Cosey’s vehicle uncovered a handgun on the front passenger floorboard. Tregre said the handgun was reported stolen out of Lafayette.