Feeding the hungry a growing mission for local crusader 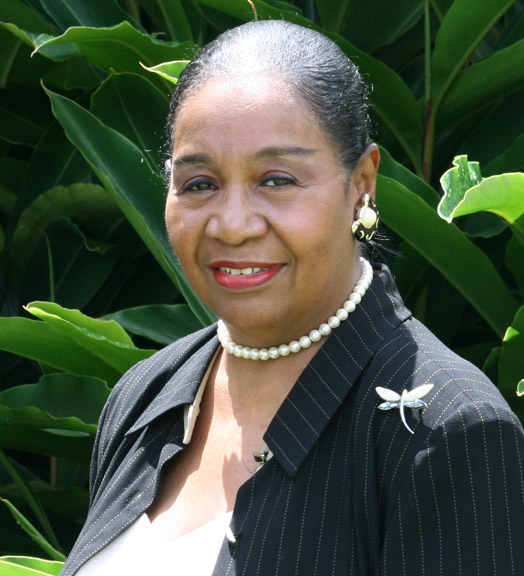 LAPLACE — One might say Maudrey Brown’s efforts to feed the hungry have expanded over the past year. In fact, it would be an understatement.

Brown, a LaPlace native and resident, began preparing and serving meals to the sick, hungry and needy citizens of St. John Parish in June 2011.

The first day, a Saturday, she served seven meals. A week later, it was 14, then a week beyond that, 22.

All those meals add up. Her momentum never slowed down, and as of today Brown has served 5,742 meals, meals delivered each Saturday to Place Du Bourg and throughout the LaPlace community.

Those meals have been served for 52 consecutive weeks.

“I love what I do,” said Brown. “And people have been so appreciative. That gives me great joy.”

Brown, a woman extremely strong in her religious faith, believes her purpose is to feed as many people as possible through her ministry, called True Bread Outreach.

She lived in San Diego and had aspirations of one day opening a gumbo kitchen.

But then she felt compelled to return home and answer a higher calling.

“I accept the challenge given to me,” she said. “He told me to come home and feed his people. And one thing I make sure of, I do what He tells me to do.

“He told me that I’d have a kitchen, but I wouldn’t be charging. I flipped out at the time, but it was for the best.”

Brown likes to get to know and establish relationships with those she helps. Some of those people are partially blind; others are caring for sick children while dealing with illness themselves.

“Some of these people have to choose between eating a meal or buying their medicine,” said Brown.

Brown keeps a daily journal that details her work; she has a signature and photo of each person she has fed over the past year.

At times, the photos serve as more than just a reminder of a good deed done.

“One man I took a photo of, and I thank God that I did,” said Brown. “He passed away a week later, and his family said they hadn’t had a photo of him.”

Unfortunate instances like that are also a reason why Brown has put together “Friends and Family Nights” in the past to gather people in the community together. On these nights families assemble to honor their older members, with family members and friends standing and toasting them.

“It’s a way for a family to let someone know just how important they’ve been to them in their lives,” said Brown. “You never know when someone might be gone from your life.”

That and a regular Bible study gathering are other ways Brown has tried to bring people in the community together.

Brown has largely financed the meals herself over the past year, but she is also quick to credit the work of those around her who have helped the cause.

“I’ve had some fantastic workers,” she said. “People with integrity who are helping for the right reasons, who help drive and deliver meals. We’ve never missed a week, even if I’ve had to go out of town, because of the dedication of the people involved.”

Brown also likes to incorporate the youth of the parish in helping their elders, a practice which serves to not only help feed those in need more efficiently, but instills the willingness to help others in the children early on in their lives.

“They bring laughter to the elderly,” said Brown. “And it gives them that experience of serving the community at a young age.”

This isn’t Brown’s first venture into community service. She at one time ran a DWI educational program focused on teaching people how to socialize without alcohol.

“I’ve been blessed with an ability to bring people together,” she said. “And I believe we should use our gifts and blessings as best we can to give to others. Why else would He have given them to us?”

She has continued to tweak and improve the process. Most recently, she’s been focused on preparing healthier meals for those in need. She hopes to fill three freezers full of vegetables to prepare for upcoming meals.

With Brown’s vision growing so rapidly, True Bread Outreach will hold a tent event fundraiser to supplement the cause.

It will be held Sept. 7 and 8 beginning at 11 a.m. each day on the property of the old Blue Bird Night Club at the corner of West Fifth and Willow streets. A fried catfish meal will be served for a donation of $8 or more. Deliveries are also available for $10.

Brown said the outreach is still seeking volunteers to make the event a success, be it delivery drivers or clean-up workers.

Wal-Mart has committed to donate the food, while Home Depot will be sending volunteers to help facilitate as well.

She hopes what she’s built will continue to build momentum toward a cause she truly believes in.

“You’d never know that many people are going hungry, because there’s a hidden hunger out there,” said Brown. “People who have a roof over their head but can’t afford to buy groceries to feed themselves. I just want to help them.”