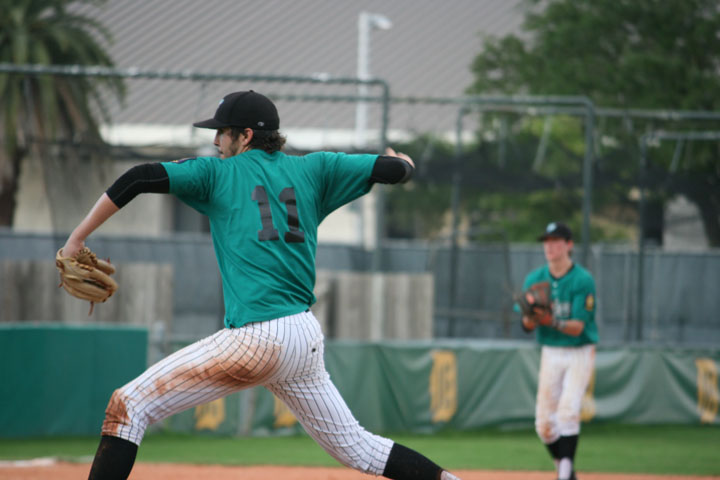 NEW ORLEANS — When the chips were down, Kade Granier answered the call.

Each team entered the game with a win and a loss at the double-elimination tournament. On the line was a trip to play at the Legion state tournament in Lafayette, while the loser faced elimination.

Four of the eight teams at the regional qualified for state. The other three were Jesuit-based Refuel, Brother Martin-based Peake BMW and Hahnville-based Otto Candies. Seedings were still to be determined at press time.

Valero coach Marty Luquet had Granier, one of Valero’s top pitchers, at his disposal as the team played its third game in four days.

“I went to talk to him at one point late in the game, and he thought I was coming to take him out,” said Luquet. “He wasn’t happy, so hey, go show us why. He wanted it to be his today.”

Granier was proud that his team would be headed to state.

“It’s a big accomplishment for us. We didn’t start the summer too well, but we came back strong,” said Granier.

Blake Hymel had two RBIs in the game for Valero. Brennan Braud and Brock Bennedetto each went 2 for 4 at the plate.

It didn’t take Valero long to get Granier a lead. Jacob Cambre led off the game with a single up the middle. With one out, Bennedetto and Bryant each walked before Cambre scored on an errant throw after a ground ball hit by Granier. The lead grew to 2-0 on a Hymel RBI groundout.

Valero tacked two more runs onto the lead in the fourth inning. Bennedetto got things started with a single, then Bryant drew a walk. Lefthander Brandon Guillot came on in relief of Nicholas Moore to face Ryan Brewer; Brewer singled down the right field line to drive in another run, making it 4-0.

Refuel got on the board in the sixth inning when Jace Nini singled and Shano doubled, setting up a France sacrifice fly that made it 4-1.

But Valero responded immediately, scoring in the inning’s bottom half on a groundout by Granier.

France socked an RBI single for Refuel in the eighth, but never threatened again, Granier retiring five of the game’s final six batters.

He said he was focused on working efficiently, understanding the value of a complete game in a tournament that exhausts a pitching staff.

“I know you can’t go out there and try to strike out every person if you expect to go the whole way,” said Granier. “I wanted to throw strikes and make them hit it.”