Valero rolls past LLOG at Regional 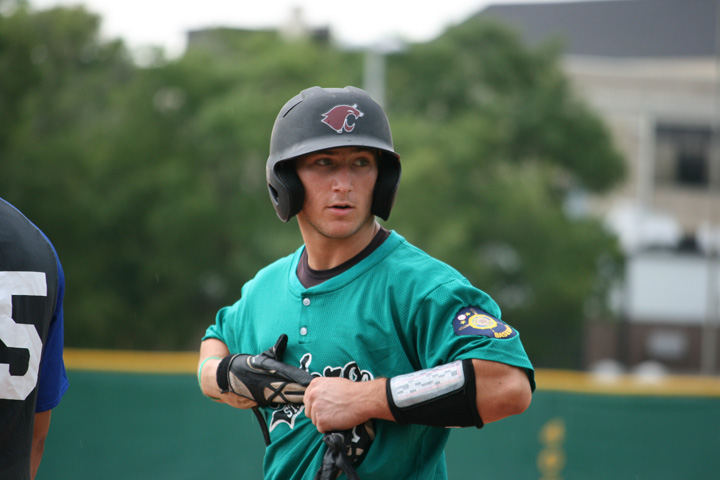 NEW ORLEANS — Valero-St. Charles has shown a knack for the big inning in recent weeks.

The Destrehan High-based American Legion team captured the top seed of the Second District West on the back of an 11-run fourth inning against Otto Candies last week.

On Saturday, the Valero bats generated another huge inning, putting together a seven-run third inning that keyed a 13-3 victory over Mandeville-based LLOG Exploration in a Southeast Regional playoff matchup at Kirsch-Rooney Stadium.

The game ended after seven innings because of the 10-run rule. It finished after a 45-minute seventh inning rain delay.

Valero collected 17 hits in the win. It had 25 baserunners overall.

It was the playoff opener for both teams. Valero fell Monday night, 5-0, to Jesuit-based Retif Oil.

Valero entered Tuesday needing a victory to officially advance to the state tournament and to stave off the end of its summer in the double-elimination format.

“We’re preparing for 2013. Everyone is going to be back,” said Valero coach Marty Luquet. “So every game we get to play helps us out. If we can make it to state, it would be super.”

LLOG led 2-0 in the third inning after an RBI double by Justin Nussbaum and an RBI single by Christopher Nassif.

But it only set the stage for a Valero charge in the bottom half of the third. With one out, Kade Granier reached after LLOG pitcher Christopher Guerin hit him with a pitch. Jesse Bryant singled, then Ryan Brewer walked to load the bases.

Jacob Cambre popped out next, but Blake Hymel tied the game with a two-run single that splashed fair down the left field line. Tanner Haynes pushed Valero ahead, 3-2, on his RBI double up the middle. Brennan Breaud bunted for a base hit to load the bases again for Cambre — he didn’t come up empty this time,  socking a two-run single to make it 5-2.

Valero (22-11) scored its sixth run on a double steal, with Breaud scoring on an errant throw from second to home plate. Brock Bennedetto’s RBI double made it 7-2.

Valero tacked on a pair of runs in the fourth on RBI singles by Hymel and Breaud, making it 9-2. In the fifth, Ryan Brewer’s single to right made it 10-2.

LLOG’s best chance to rally came in the top of the 10th inning. After loading the bases with no outs, Patrick West drew a walk to force home his team’s third run.

Then the rain came, perhaps slowing LLOG’s momentum. When play resumed, Valero reliever Nicholas McClendon remained on and settled himself in. He struck out the next two LLOG batters before inducing a pop up to strand all three runners on base.

Valero iced the game in the bottom half, scoring three runs — the first on an error, then on RBIs by Logan Krajcer and Bennedetto.

Bryant earned the win on the mound for Valero, going five innings and allowing two runs on five hits and four walks. He struck out six.

“Pitching with a lead like that gives you the luxury of knowing you can keep going down the middle of the plate,” said Bryant.

“We caught fire in the third and started moving guys over and working the count. Everything started clicking.”