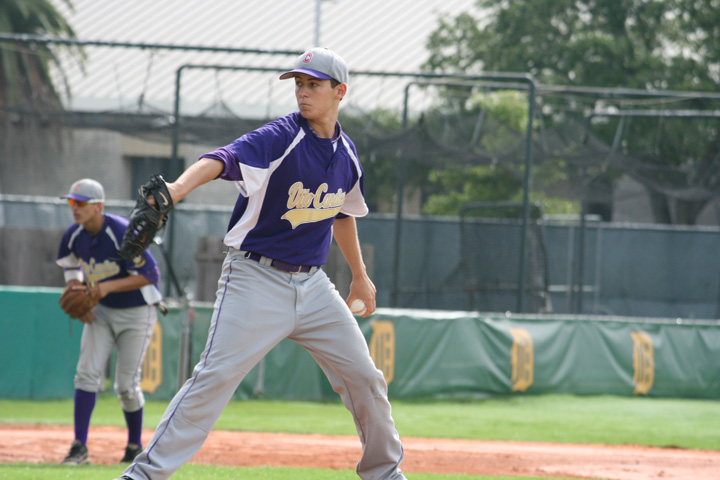 Otto Candies rallied from a 3-0 deficit in the ninth inning tie the game, going on to capture a 4-3 victory in 12 innings over Brother Martin-based Peake BMW. The victory clinched one of the regional’s four available spots in the upcoming American Legion state tournament.

“It’s a nice reward for our team after competing hard all summer,” said Otto Candies coach David Baudry. “A chance to compete at state was a goal we set early for ourselves, and now we have it.”

The deciding run came in the top of the 12th, when Tyler Simmons’ leadoff walk and stolen base set him up to score on an error, a wild throw on a ball hit by Mike Ford.

Peake pitcher Tyler Zamjahn pitched a two-hitter through eight shutout innings. But when Peake called upon its bullpen to close out the game in the ninth, Otto Candies (19-10) seized its opportunity.

Otto’s Cody Farrell and Mike Ford each drew walks from reliever Jarrett Gongora before the righthander got Connor Lorio to ground out. Tyler Lamers came through, however, with a RBI single to right that made it 3-1. Gongora struck out Easton Melancon before walking Dylan Keller to load the bases.

That brought on reliever Cody Ducote to pitch to the top of the Otto order. Travis Faucheaux ran the count to 3-0 before Ducote fired in two strikes — with the full count, the payoff pitch resulted in a checked swing by Faucheaux — the call was a ball, and the tying run pushed home. Tyler Simmons grounded out to end the inning.

“We were just trying to get people up and put it in play,” said Lamers. “We gave ourselves a chance to come up with some big hits.”

Peake had chances in the ninth and 11th innings, getting two runners on in each. The 11th, in particular, was key: Peake’s Ducote and Peyton Senner each singled to lead off the inning, and a bunt by Gongora moved them over. But neither would score, as reliever Cody Farrell retired the next two batters on groundouts.

Farrell came on in relief in the ninth and pitched four scoreless innings and allowed four hits and a walk. He struck out four.

“I thought Tyler Lamers was the key today,” said Baudry. “He did an outstanding job of pounding the zone. He gave us a chance to come back.”

OTTO CANDIES 9, GAUTHIER-AMEDEE 4 — The greatest surprise of the Southeast Regional thus far has been the early ouster of the two-time defending state Legion champions, Gauthier-Amedee. A first-day loss to Otto Candies was a big part of that, in a game that the Hahnville-based club led throughout.

“I got behind a few hitters, but located when I really needed to,” said Vial. “I stayed within myself and did what I always do, just throw strikes and get outs.”

Simmons earned the save, allowing two hits and one unearned run in 1.1 innings.

Gauthier-Amedee was a familiar foe to Otto Candies — a nemesis in past showdowns at the regional that’s also comprised of players from Dutchtown, East Ascension and St. Amant, three schools that prior to this past prep season were in Hahnville’s district.

“It feels good,” said Vial. “They always knock us out.”

Otto Candies took a 1-0 lead in the third inning after a double by Dylan Keller and an RBI single by Faucheaux. Simmons pushed it to 2-0 on a double to right.

That lead held to the eighth as Vial and Gauthier-Amedee pitcher Austin Tanner dueled. But Keller led off the eighth with a double, keying a four-run inning. Faucheaux walked and Simmons bunted both runners over. Farrell walked, Ford singled home the day’s third run. Reliever Jake LeJeune hit Lorio to force home another with the bases loaded. Lamers singled to make it 5-0, then Melancon bunted to plate another run, making it 6-0.

Gauthier-Amedee scored three runs in the eighth to begin a potential rally, but Otto answered with three of its own to clinch things in the ninth.

“I didn’t expect to win by that score,” said Vial. “But I thought we would win since we’ve played so well since the middle of prep, winning 19 in a row after going 6-12. We’ve just clicked.”