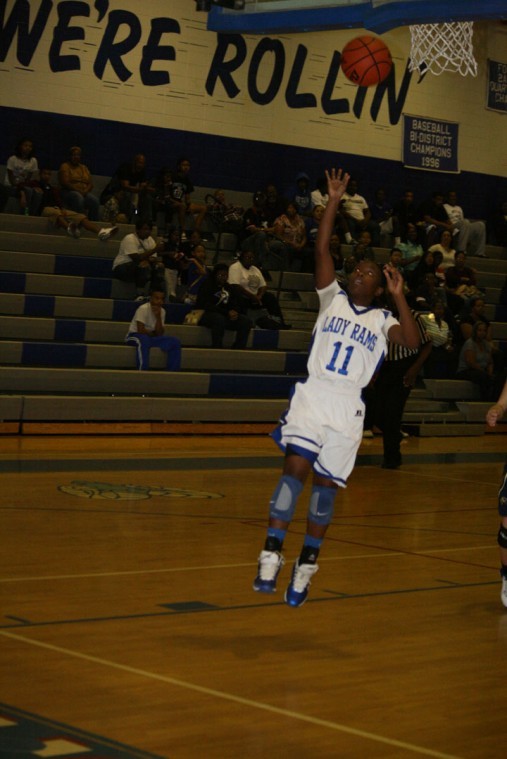 West St. John’s Maya Trench was among the best of them all.

“I was excited about it all,” said Trench. “To win it all was a big deal for all of us.”

Trench will only be a freshman next season for West St. John, but is already one of the most accomplished players in school history. She is the youngest Rams player to ever top 600 points in a season and the first eighth grader to do so. She averaged 15.5 points per game.

She and her cousin, the Rams’ Jaylyn Gordon, combined to form one of the state’s best backcourts, leading West St. John to the Class 1A state semifinals at the Girls Top 28 tournament in Ruston.

Trench said that she and her Lady Tiger teammates have played together for three years now, and the players’ familiarity with one another aided their successful tournament venture.

“We know each other and what we’re likely to do in a game,” said Trench. “They know when to cover for me on defense or when I’m going to cut to the goal, and I know where the pass will be.”

West St. John girls basketball coach Lester Smith appreciates the talent his team possesses more than most might. Smith has seen lean times in his years as Rams coach, persevering through seasons where wins were tough to come by.

But players like Gordon and Trench have helped lead the program to prominence. Gordon and Kyla Morris, who graduated in 2011, led the Rams to their first district championship and playoff victory in 2010. Gordon herself was a freshman that season.

In Gordon’s junior season, Trench joined her to lead a talented Rams team to its greatest season ever.

Smith said that Trench has instincts that are uncanny for such a young player.

“Her ability to see the court and make the right decision sets her apart. And she’s a two-way player who can play defense.

“When you can do those things, shoot and pass as well as she does, it’s exactly what you look for in a basketball player.”

Smith said that the addition of Trench took significant pressure off of Gordon, who has led the team in scoring in each of the last two seasons.

“Teams would come at her and double her, play a box-and-one,” said Smith. “That makes things difficult. But having Maya out there makes it a lot tougher for teams to do those things.”

Trench said that she’s focusing on improving her defensive play before the upcoming prep season, as well as the consistency of her outside shot.

She said that facing strong competition like she saw in Frisco will only make her a better player.

For West St. John opponents, that’s a nightmare of a thought.

But for the Rams, it paints the picture of a dream scenario — a state championship victory.

“Oh yeah, we’re all talking about it,” said Trench.

“Everyone knows its time to work even harder this year. We got some experience there last season, and we know what it’s all about now.”