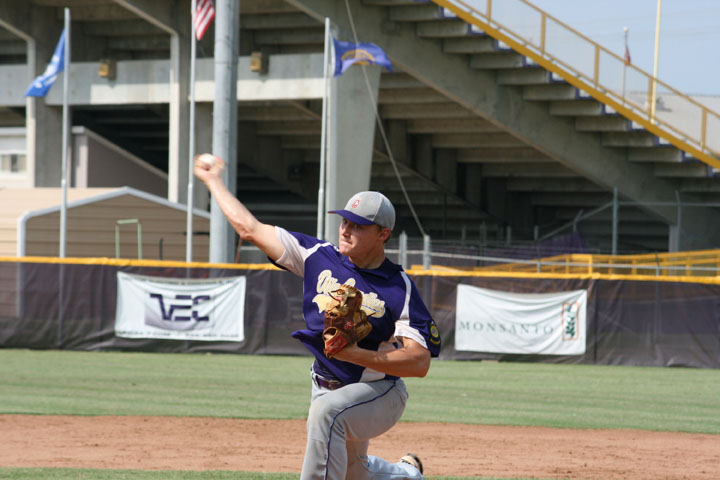 LAPLACE – The competition  will be fierce at this weekend’s American Legion Southeast Regional at Kirsch Rooney Stadium, as eight teams vie to advance to state competition.

Two local teams, Hahnville-based Otto Candies and Destrehan-based Valero St. Charles, will compete against six other teams for the right to play in the state Legion tournament. Mandeville, Jesuit, Brother Martin, Rummel and Shaw will all be represented at the regional; Gauthier-Amide, a team combining players from St. Amant, East Ascension and Dutchtown, rounds out the field.

The top four teams in the regional will secure spots this year. It is a double-elimination tournament, and games will each be scheduled to go nine innings.

Valero coach Marty Luquet said that he believes his team is good enough to be one of four left standing after the tournament’s conclusion.

He knows it won’t be easy.

“You go in knowing you’ve got to win two games to advance. If we are fortunate enough to win the first one, then we’ve got the winner of Jesuit and Rummel,” said Luquet. “So either way, you know it’ll be a tough second round game, and that a lot of work is left to be done.

“One of the reps from Gauthier-Amide said that he doesn’t think the four teams that emerge from this regional will see teams as good as the four who are eliminated here this weekend. You go down the list and see the caliber of teams there … We all can’t go. We think we can be in the top four, but we’ll certainly see this weekend.”

Valero (17-10) captured the top seed from the Second District West with a 11-5 win at Hahnville Sunday, a game in which Valero scored 11 runs in the fourth inning to take control.

The team has relied on a strong pitching rotation this summer, one led by the trio of Blake Hymel, Kade Granier and Ryan Brewer.

That bodes well for Valero’s chances; to win at the regional, pitching depth is vital, as games extend to nine innings and play comes on back-to-back days.

“We’ve gotten great pitching from our staff,” said Luquet. “These guys have been very reliable.”

Meanwhile, Luquet said that a pleasant surprise has been the play of outfielder Sam Steib, who has seized his opportunities this summer.

“But a lot of guys have come up big this summer. That 11 run inning, for example, you don’t do that unless everyone is contributing.”

Otto Candies (18-10) has also relied on its strong pitching this summer, with Tyler Simmons and Tyler Lamers among those anchoring the rotation.

Otto Candies coach David Baudry said that the fact that four teams will advance could play a situational role in how the team handles its pitching staff, knowing that the team must have enough available arms to secure a finish in the top half.

“If you’re down a couple of runs, maybe you hesitate to bring in a certain pitcher. Whereas, if you’re ahead, you definitely do it,” said Baudry. “We’ve pitched well all summer and played good defense. We need to keep the ball in play offensively if we’re going to have a chance to advance.”

Baudry said that a number of players have stepped up in spots offensively. Cody Farrell has maintained his strong play from an All-State prep campaign. Simmons has been consistent, as has Travis Faucheaux.

But on the whole, Baudry said that the team’s offense must improve to survive the regional.

“We’ve won a lot of close, low-scoring games. That’s difficult to sustain, especially with it being nine innings now,” said Baudry. “I think we started to turn it around at the district playoff, though. We hit the ball well against St. Charles, and even against Destrehan I thought we put together a lot of very, very quality at-bats. It’s important that we continue with that aspect.”

The hope for Baudry is that it does. The coach believes that the potential experience his team could garner at the state level would be extremely valuable.

“You’d like to get them that added experience at the state level, on a college field at ULL against some great competition. That’s a step that we’re very anxious to take,” Baudry said.”