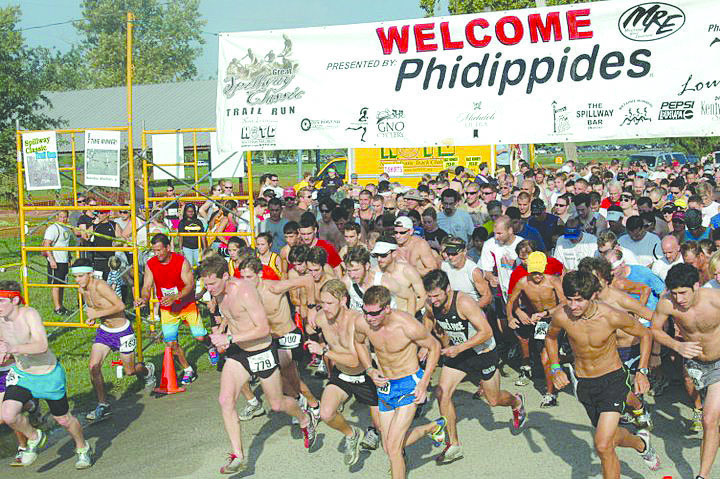 NORCO – It is one of the few outdoor events where organizers and participants welcome rainy conditions, and it happens this Sunday morning within the Bonnet Carre Spillway in Norco.

Hundreds of runners from across the region will attempt to navigate a watery, muddy mess as part of the 25th annual Spillway Classic Trail Run, the second largest trail run in the nation. Registration begins at 7 a.m. at the spillway boat launch in Norco, and the race kicks off at 8 a.m. with a cannon shot start.

Billy Sloss, executive director of the New Orleans Track Club, which hosts the event, said the trail course is currently moderately muddy and organizers are hoping for some more wet weather this week.

“As of the beginning of the week, the trail was rated at about 6, with 10 being ‘really wet,’” Sloss said. “The more rain we get this week the better. Before the storms this weekend, the track was pretty dry. Our participants like to have it a mess.”

Sloss said the 3-mile course begins on the spillway guide levee for about a mile before veering off onto the “gauntlet” of trails at the spillway bottom. She said the race has become wildly popular with more than 1,500 entrants in previous years.

“We were once one of the only trail runs in the nation. Now you see them all over,” Sloss said. “We get runners of all ages and skill. Many times we have entire families who run the race as a group. Some take it seriously. Others just want a great mess.”

Sloss said discounted pre-registration for the event has already closed, but runners can still sign up for the race up until start time Sunday. Registration fees are $30. She said the track club will be holding a pre-race packet pick-up for pre-registered runners today at the Peristyle in New Orleans City Park from 5 p.m. to 8 p.m., and runners can register there to avoid lines on race day.

The event will conclude with a post-race party with food and other refreshments for runners. For more information, visit www.runNOTC.org, or call 504-304-2326.