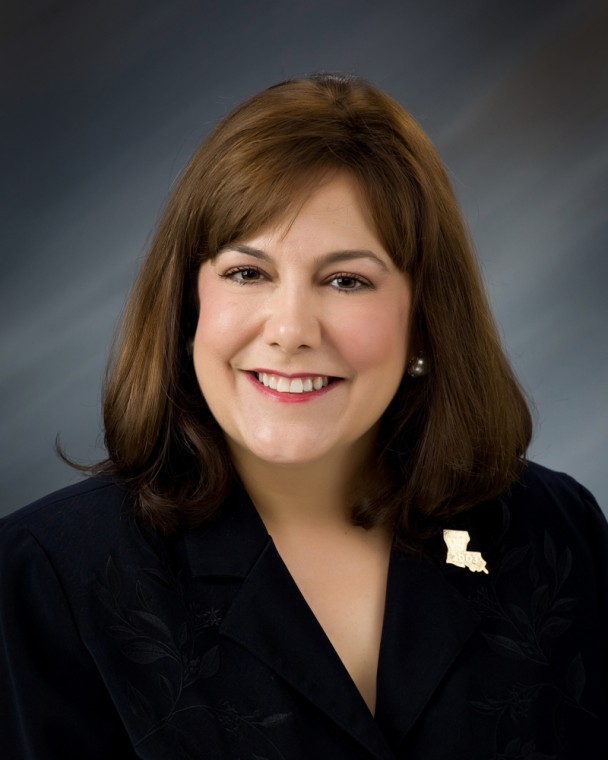 LAPLACE – The St. John the Baptist Parish School Board has called a special meeting Monday at 11 a.m. to appoint an interim superintendent following Superintendent Courtney Millet’s announcement that she will be stepping down July 12.

Assistant Superintendent Herbert Smith is expected to be called upon to fill that role until a permanent replacement is found.

School Board President Patrick Sanders said he was not taken completely by surprise by the news.

The job offer that Millet has apparently accepted is a director position at St. Charles Catholic High School.

In a written statement, Millet said: “This will allow me to focus on what I like doing most — working directly with teachers and students. This new position is different, but it will be challenging in its own way. I’ll go from having over 1,000 people report up through the chain to me as superintendent to having no one report to me. I will be accountable for my actions alone.”

Notably, she added, “I am also looking forward to the fact that I will not be working for a school board.”

During her tenure Millet had a somewhat contentious relationship with some members of the school board, who on occasion resorted to name calling and other more subtle insults during debates at public meetings. Millet, however, did not explicitly state this as one of her reasons for stepping down.

Aside for the reasons already stated above, Millet also noted, “Now that my original contract and one year extension have come to an end and the ‘Education and Facilities Plan’ designed in 2008 is just about complete, I needed to step back and reassess my future. I have also reached a point in my personal life where I am looking for a little more flexibility in my schedule. My experiences as superintendent of St. John have been invaluable, but it is now time for something different.”

Millet said she arrived at the decision after numerous discussions with her family.

The school board was currently in the process of formally evaluating the superintendent, a process Sanders said was to be complete by July 18.”

“Whether it played a role in the (decision) process, I can’t say,” he said.

Sanders said the school board must now decide what approach to take in the process of hiring a new superintendent.

“My personal opinion is not to rush and make a drastic decision,” he said, citing the many changes to public education recently passed down by the Legislature. “We’re going to make sure the whole process is as transparent and open to the public as possible. I want to make sure all stakeholders are involved in the process.”

Among the choices the school board has to make regarding the process are whether to extend the search nationally and whether outside assistance should be called in. The last time the board had to select a new superintendent, it paid about $40,000 for an outside firm to come in and assist with the decision.

“Personally, I think that money could be better utilized,” Sanders said. “I think we’re a more knowledgeable board now.”

During Millet’s tenure, the St. John Parish Public School System saw a 17-point growth in its District Performance Score and major overhauls at most of its facilities.

Among those who will miss Millet being in the driver’s seat is West St. John Principal Erica Merrick, who named the 2011-12 regional principal of the year.

She said: “Dr. Millet did a great job of leading our school system, and she will be greatly missed. I learned a lot as a principal under her leadership, and I am thankful for all that she has taught me. Her goals of improving instruction, improving school facilities and balancing the budget were all achieved, and our improved test scores district wide are a strong testament of her leadership skills and abilities. St. John the Baptist Parish will be faced with the task of finding someone to pick up the torch and continue where Dr. Millet left off — focusing on providing the children an excellent education.”