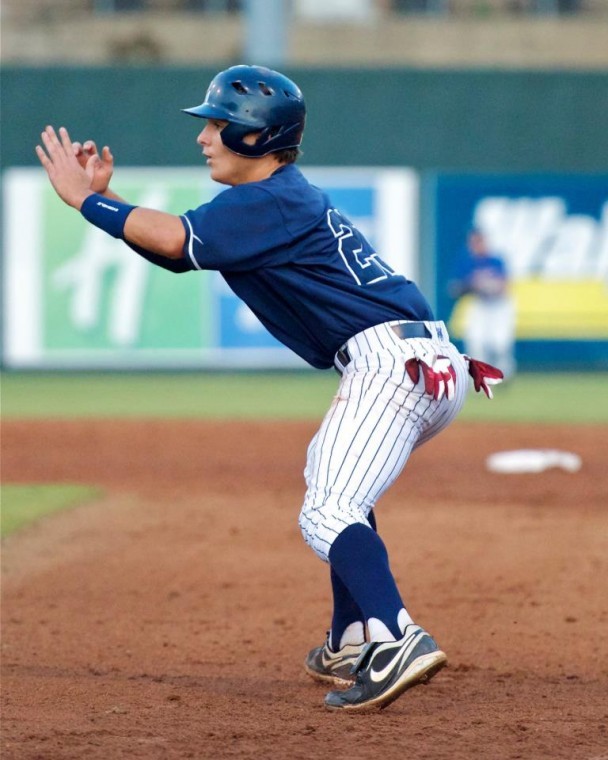 Jeremy Lesaicherre and Evan Veron each collected two RBIs for the Rebels.

It was Riverside’s second win of the summer over Lutcher.

The Rebels improved to 3-7 on the summer season, a record that perhaps understates the promise the team showed in June.

After losing the majority of a senior-laden starting lineup after the Rebels’ run to the Class 2A state championship game to graduation, Riverside has relied heavily on a group of young players, some as young as seventh graders.

The Rebels lost a heartbreaker on the back of a double-header Wednesday, as Riverside fell on a walk-off home run to the Big Easy All-Stars, 6-5.

The blow was delivered by a familiar local face; East St. John’s Ashton Lewis, who graduated in May after completing a stellar career for the Wildcats, socked a 3-run homer in the bottom of the seventh to erase Riverside’s 5-3 lead and secure the win.

The Big Easy All-Stars were comprised primarily of players from Metro Area schools like Newman, Grace King and Shaw.

“Two of our seniors coming back, Dustin Madere and Andre Faucheux, couldn’t play, so we had a lineup of seventh, eighth and ninth graders,” said White. “That Big Easy team can really swing the bat. A win would have been unbelievable, but I was extremely proud of that effort.”

It was a bounceback effort after the Rebels fell in the first game of the day, a 10-0 loss to Team Louisiana, a team based primarily from Loranger and Hammond that also pitted RA against a former teammate — former Rebels catcher and leadoff hitter C.J. Edler, who graduated in May.

“Everything went wrong for us in that first game. We didn’t play well at all,” said White. “We went inside, caught some A/C, and after that it was like a different team took the field for the second game.”

Riverside’s varsity has two games left, both against Ascension Catholic on July 11 (away) and 13 (home).