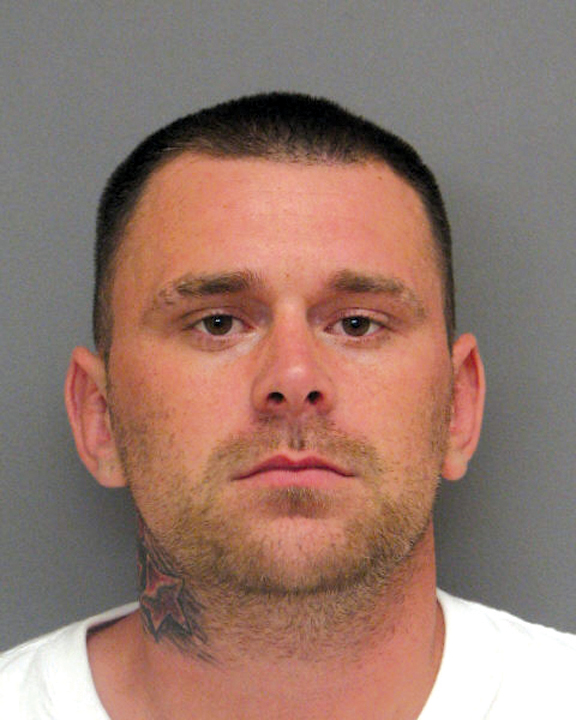 LULING – St. Charles Parish Sheriff Greg Champagne said Wednesday that authorities have arrested a Westwego man who is responsible for a recent rash of burglaries in St. Charles and St. James parishes and possibly hundreds more that have occurred in surrounding areas.

At a press conference in Luling, Champagne, joined by St. James Sheriff Willy Martin, announced the arrest of Dwayne Earl Blair, 31, of 1005 Central Ave., Westwego. Champagne said Blair is responsible for four recent burglaries in St. Charles Parish, two others in St. James Parish and countless others in Lafourche, Jefferson, Ascension and St. Tammany parishes that have occurred over the past two to three years.

Blair was arrested late last week in Jefferson Parish and was transferred to St. Charles Parish Thursday. He was booked with four counts of simple burglary of an inhabited dwelling and is being held at the Nelson Coleman Correctional Facility awaiting a bond hearing.

Deputies also arrested Shalyn Oser, 18, of 5544 Ames Court, Marrero, who allegedly acted as a lookout for Blair during some of the burglaries. She was recently released from jail after posting a $100,000 bond.

“We believe we got the head of the snake,” Champagne said as he discussed the cooperation of several law enforcement agencies throughout the region.

Martin added that the investigation and arrest was “a beautiful example of how much can be accomplished when several agencies work together as one.”

Champagne said interviews with associates of Blair indicated that all he has been doing for the past two years was burglarizing homes and turning around and selling the items on the street. He said Blair would cruise neighborhoods during daylight hours waiting for residents to leave their homes. With Oser or other accomplices acting as the lookout, he would kick in a side or rear door to gain entrance and then target specific items like large-screen televisions, jewelry, electronics and other items he could sell.

“Some of the homes were burglarized minutes after residents left,” Champagne said. “He knew what he was doing and was very particular with the items he was grabbing.”

Champagne said the four burglaries in St. Charles began on April 9, when Blair allegedly broke into a home in the 1200 block of River Road in Luling and stole assorted jewelry and coin collections. He also took a .30 caliber Carbine World War II rifle and a 9mm semiautomatic Luger, both keepsakes of a World War II veteran. Neither has been recovered, and the family is offering a reward for their return.

On April 13, Blair allegedly broke into two homes, one in the 100 block of Walnut Place and another on Evelyn Drive in Luling. A witness in the area reported seeing a silver vehicle with a license plate, perhaps from Texas, on the front. The witness said the driver was getting out and knocking on doors.

Martin said Blair also allegedly struck two homes in Gramercy on that same day where similar items were stolen under the same circumstances. He said St. James investigators are looking at several other cases in other parts of the parish that are similar.

Champagne said investigators got a break when Blair allegedly used a stolen gift card, which the owner happened to have a record of, at a gas station on Clearview Parkway in Metairie. Authorities were able to obtain a grainy, but usable photo of the user from store surveillance video. The user was later identified as Blair.

On April 17, investigators got yet another break in the case when a homeowner returned home and found a car, with Oser sitting inside, in his driveway. A few moments later, Champagne said, Blair ran out of the house, leaving a pile of valuables he had intended to steal near the back door. The homeowner described the car as a silver sedan with Missouri plates, one on the front and one on the back. Champagne said Blair had been using a series of rental cars in an attempt to keep authorities off his trail.

Detectives tracked the vehicle, a Toyota Camry, to an Enterprise car rental dealership in Jefferson Parish, where authorities discovered Blair’s name on a contract as a secondary driver on a car rented by his mother. Blair’s driver’s license photo matched the one from the surveillance video, Champagne said.

Detectives put the car and Blair under 24-hour surveillance on April 19 hoping to catch him in the act of another burglary. Instead, Blair was nabbed at a hospital in Jefferson, where he checked himself in for unknown reasons. Blair remained under the watch of Jefferson Parish deputies until Tuesday, when he was released — but not before attempting to escape down a hallway. He was captured and taken into custody.