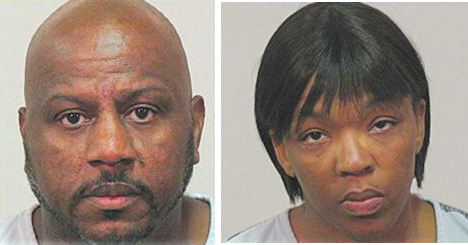 LAPLACE – As Errol and Tonya Victor remain incarcerated at the Tift County Jail in Georgia, representatives from the state Attorney General’s Office have begun the process of bringing the couple back to St. John the Baptist Parish so that they can face trial for second-degree murder in the death of their son, 8-year-old M.L. Lloyd III.

Amanda Larkins, a spokesperson for the attorney general’s office, said in an email that the office has filed the necessary paperwork with Gov. Bobby Jindal’s office to begin the extradition process that will bring the Victors back to the state as quickly as possible. She said the office had no further comment on the case. The extradition process could take as long as six weeks to complete.

Representatives from the attorney general’s office were appointed as prosecutors in the case after the St. John District Attorney’s Office recused itself from the case back in 2009 when it was determined that an assistant district attorney had previously represented Errol Victor in various business matters. The assistant, Kerry Brown, is no longer a member of the District Attorney’s office, but the office remains off the case.

U.S. Marshals and Tift County sheriff’s deputies arrested the Victors April 14, a day after a story on the murder case was featured on the television show “America’s Most Wanted.” The couple had been on the run since August, when they failed to show up for their second-degree murder trial. The couple was initially arrested in 2008, when they were accused of severely beating Lloyd — Tonya Victor’s son and Errol Victor’s stepson, as part of a punishment. The couple took Lloyd to River Parishes Hospital, where he was pronounced dead. The Victors contend Lloyd suffered a severe asthma attack and stopped breathing.

Since the initial arrest, the Victors were indicted three times and have also made several attempts to delay prosecution, including the hiring and firing of multiple attorneys. The couple was out on bail when they fled the area back on Aug. 15.

Lionel Lon Burns remains the attorney representing the Victors in their murder case, although both he and the defendants had previously sought to end that relationship. District Court Judge Mary Hotard Becnel and Louisiana’s 5th Circuit Court of Appeal have both denied the requests.

Burns said he was ready for trial in August, and he remains ready once the Victors return to St. John Parish. Burns said he is concerned that the attention the trial has gathered could cause problems in the case. He has not ruled out the possibility of trying to have the trial moved because of pretrial publicity, but Becnel had previously denied that request.