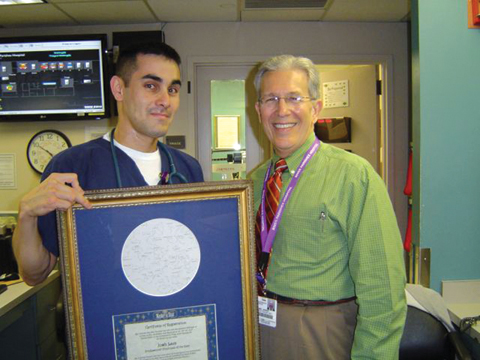 River Parishes Hospital’s 29th annual Service Awards Banquet was held last month at Frenier Landing in LaPlace. Each year, River Parishes Hospital recognizes employees by their length of service to the facility. Awards are given to employees who have completed their five, 10, 15, 20 and 25 years of consecutive employment at RPH. In addition, the 2011 Manager of the Year and Employees of the Year are announced.

River Parishes Hospital’s Chief Executive Officer Gerald Fornoff welcomed everyone to the banquet and opened the ceremony with a few hospital trivia questions. He then called on Dr. Andrew St. Martin, chief of staff, who thanked employees for their service and stressed the importance of having a community hospital in this area.

A total of 31 employees were recognized for their years of service. Each department manager was called on to recognized his/her employees and hand out their respective awards, which made the presentation very special and personal.

Then the hospital’s 2011 Manager of the Year, Kat Trepagnier, Human Resources director, was announced. Trepagnier has been employed at River Parishes Hospital for nearly 16 years. She most recently served as the service excellence coordinator and the regional nurse r0ecruiter.