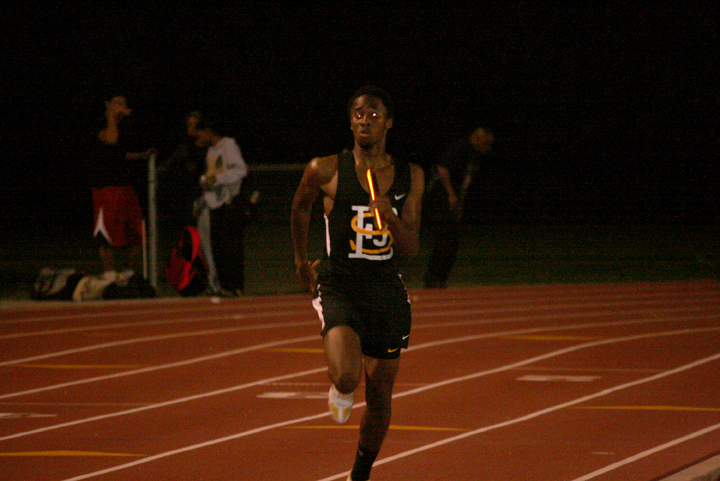 RESERVE — The East St. John boys hadn’t been able to call themselves a district track and field champion in almost a decade. That is no longer the case.

“It’s really satisfying,” said East St. John boys track and field coach Greg Gathers. “We’ve been trying to get more and more people out for track. It’s hard to convince someone to want to run on a hot day in Louisiana … But on a night like tonight, our guys see all of their hard work pay off. It’s a big step in bringing that pride in track and field back to East St. John.”

Stirgus, said Gathers, was as important to his team for an events he didn’t win as for the one he did. By earning points in fourth place finishes in the 800 and 3200, he helped push ESJ to the narrow win.

The 3200, in particular, was an event Stirgus had never competed in. But when he was asked to run Wednesday, he answered the call.

“I didn’t really want to do it. Running back to back like that was very tiring,” he said. “But I did it for the team today.”

His winning time in the 1600 was a personal best this year.

Green also had his best day, improving from a previous high jump best of 6-0 to 6-4.

“I was just feeling great today,” Green said. “We won district in football and basketball, and it feels good to do it in track now. Next is regionals, and I hope that we can all go to state.”

Albert, who also notched a second place finish in the 800 and was named the track MVP, also said that it felt good to bring a district crown back to East St. John.

“Everyone’s just got a good attitude,” he said. “I can hear my teammates cheering for me when I run, to have the fans here behind me. It was a good night.”

Destrehan’s Jemisha Frazier earned first place honors in three field events, setting marks of 38-04.25 in the shot put, 130-4 in the javelin and 130-4 in the discus.