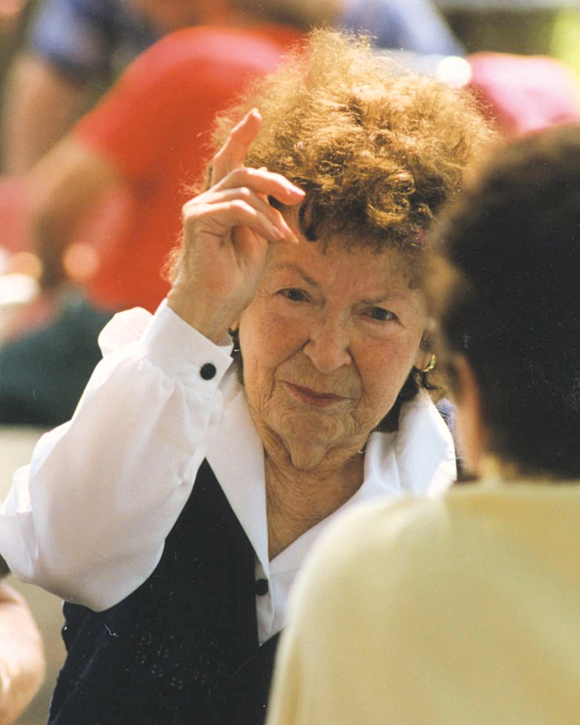 Lillian Mina (Andrews) Marino, 94, passed away Thursday, April 12, 2012, at Eastport Memorial Nursing Home with her daughter Jane by her side.

Lillian was born in Calais on April 23, 1917, daughter of the late Thomas “Tommy” and Elizabeth (MacDonald) Andrews. After graduating from Calais Academy, class of 1936, Lillian worked as a telephone operator for many years for Eastern Telephone & Telegraph. In 1946, she married James “Joe” Marino. They soon relocated to LaPlace, where she resided until 2005. While living in Louisiana, Lillian worked as a cashier for Airline Motors Restaurant in LaPlace and summered in Maine, working part-time at the telephone company.

In 2005, Lillian and her daughter Jane moved back to Calais. She was a member of the Calais United Methodist Church, and in her younger years enjoyed ice skating, swimming, playing tennis and traveling.

In addition to her parents, Lillian was predeceased by her husband Joe in 1987; two sisters, Dorothy Burns and Geraldine Tuell; a brother, Thomas Jennings; and a special cousin, Mike Tocchio.

Visiting hours will be held from 8 a.m. until 10 a.m. Wednesday, April 18, 2012, at Millet-Guidry Funeral Home, 2806 W. Airline Hwy, LaPlace, where a celebration of her life will begin at 10 a.m. Burial will follow in St. John Memorial Gardens. A life tribute video may be viewed as well as condolences and memories may be shared at www.maysfuneralhome.com.