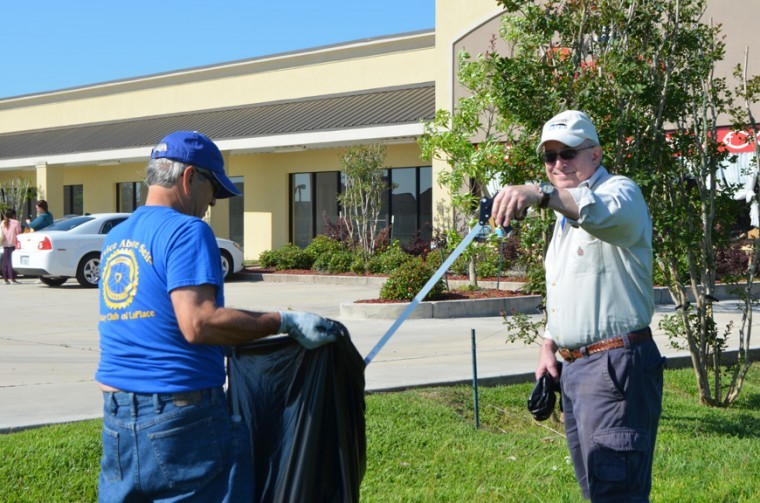 LAPLACE – With five years now under its belt, the annual campaign to clean up St. John the Baptist Parish roadways and neighborhoods has grown into a successful initiative that involves entire neighborhoods and several civic groups.

The parish’s annual Clean Sweep campaign serves as the culmination of events throughout April organized by Keep St. John Beautiful, a group that has spent the past 10 years organizing beautification efforts with state grants.

Parish President Natalie Robottom said volunteers from all parts of the parish came out in droves Saturday morning to pitch in some time picking up trash and sprucing up neighborhoods.

Some volunteers began the day at 8:30 a.m. with a meet up at Highway 51 Park in LaPlace where they were given assignments, while others just went straight into neighborhoods to get started immediately, Robottom said.

St. John District Attorney Tom Daley, who is regularly involved in the Clean Sweep activities as part of his membership with Keep St. John Beautiful, said his group actually encountered less trash than in previous years.

“I think many people are really starting to understand that there is a personal responsibility every day to clean up what they can on their own,” he said. “It shows that our efforts are working.”

After more than two hours of trash picking, the volunteers made their way back to the park for free food, drinks and music.

Robottom said prior to the Clean Sweep, inmate crews from the St. John Sheriff’s Office swept through the eastbound and westbound lanes of Airline Highway from the New Wine Christian Fellowship building to Walnut Street picking up trash along the busy street so volunteers could concentrate on neighborhoods and other areas.

The local effort is one of many throughout the state and nation that are a part of Keep America Beautiful’s Great American Cleanup Day.