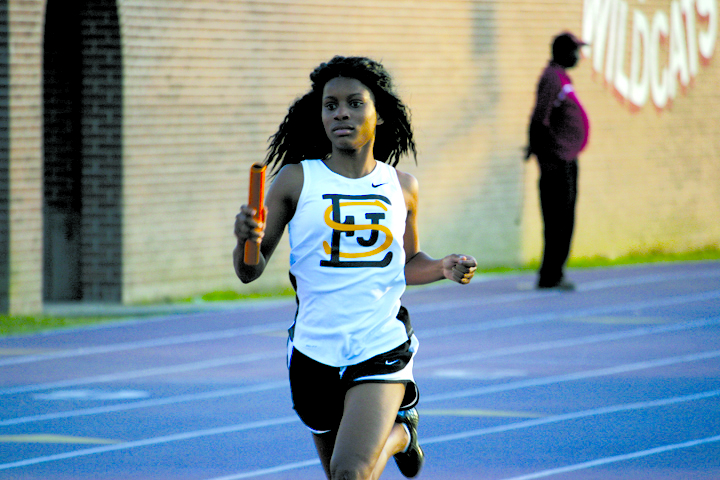 RESERVE — East St. John girls track and field coach Quentin Bradley was pleased with his team’s final tune up for today’s District 8-5A championship meet at East St. John, as a number of Ladycats finished with first place honors at Friday’s Destrehan Relays.

The Ladycats finished first at the small meet, one that saw just three teams run with many squads electing to take the week off to conserve energy for district week. Destrehan, East St. John and St. Mary’s comprised the field.

“It was a good overall team effort,” said Bradley. “They worked hard. Really we were fine tuning everything, getting our handoffs cleanly, things like that. I thought we did a nice job.”

Destrehan’s Kandice Kenner finished first in the discus with a throw of 91-02. Dymon Joseph took the high jump (4-10).

Bradley said that for his team to come away with a district championship, it must produce a solid effort in the field events.

“We’ve got a good chance to win if we earn points there,” he said. “But if we don’t step up in that area, it’ll be an uphill battle.”

Higgins, Ehret and Bonnabel each will compete with the three River Region teams of 8-5A. Higgins and Ehret, in particular, boast strong squads.

“They’ve got a lot of strong sprinters,” said Bradley. They’re also strong in distance, so it won’t be easy.”