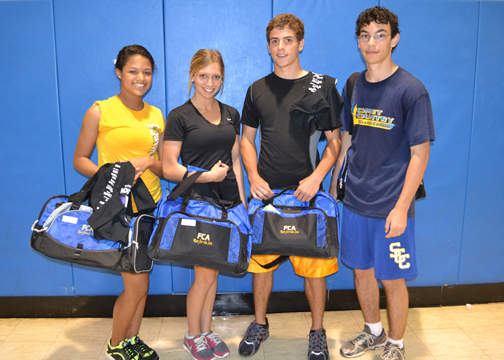 Last week, the 12th annual Fellowship of Christian Athletes “Run for the Son” race took place, with a total of 260 total runners and walkers participating.

Pierre McGraw and Giselle Jase were the first place finishers of the male and female 5K race respectively, McGraw finishing in 19:14 and Jase in 26:15.

Chris Millet and Karleigh Landry were winners of the one-mile race, Millet topping males with a time of 5:21 and Landry taking first among females with a mark of 7:28.

The “Run for the Son” was dedicated this year to the memory of Marie Ory Dupont, a St. Charles Catholic alumni who was the school’s development director in charge of Admissions and Alumni for five years. Dupont unexpectedly passed away in October of last year.

All proceeds from the race were marked to benefit the local Fellowship of Christian Athletes.