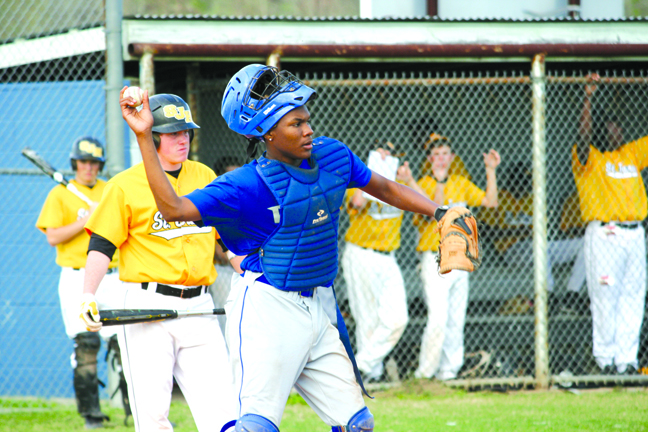 It was a pitching battle, as the two teams combined for seven hits. West St. John’s Jarius Moll went all seven innings, but errors plagued the Rams during the game and contributed to four unearned Eagle runs.

St. John led 4-0 after five innings. The Eagles capped their output and all but put things away with three more runs in the sixth inning.

August credited St. John’s pitching for keeping his team off balance throughout the day.

The Rams (10-2, 4-2) had been swinging the bats well in the games leading up to Monday, scoring 43 runs in their previous four games.

But West St. John’s momentum may have been stalled by a layoff of almost a week and a half due to rainouts. West St. John last played Mar. 29, a 9-8 comeback win over Ascension Catholic, but saw two attempts to play East Iberville rained out last week, as well as the game against St. John — Monday’s was a makeup game from last Monday.

August wouldn’t use it as an excuse.

“I wouldn’t blame that. But for us, we have to have a short memory,” said August. “We get right back to it (Tuesday), then we play Thursday and Saturday. We can’t dwell on this loss because we’ve still got things to accomplish.”

The Rams are tied for second place with Ascension Catholic in District 9-1A, each team standing at 4-2 in the league. The Rams and Bulldogs were scheduled to play one another Tuesday, after presstime.