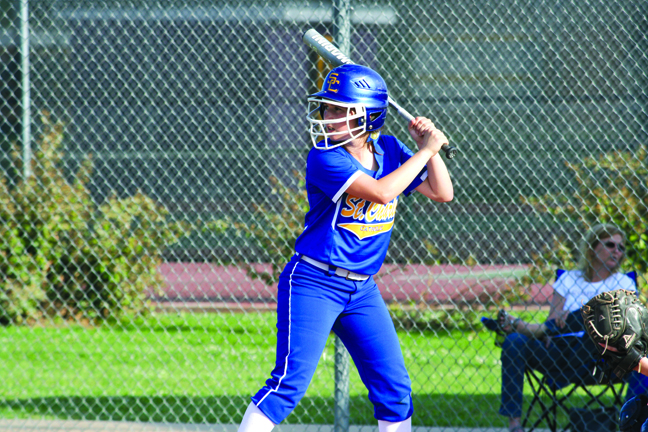 Before the softball season ever began, the St. Charles Comets set some goals for themselves. One of them were to win the District 7-3A championship. Another was to put together a 20-win season.

The Comets killed two birds with one stone on Saturday.

St. Charles’ defeat of host E.D. White, 4-3, secured both a co-district championship with Brusly and its 20th win of the season.

“We put alot into this game,” said St. Charles coach Ty Monica. “It’s always tough to win at E.D. White, even before you start putting pressure on yourself with the added goals. They’re a good softball team, they do the little things right, and they make sure that you’re gonna have to beat them. They won’t help you out.”

The Comets (20-5, 9-1) trailed 3-1 in the game until a fifth inning that saw them put three runs on the board. Kati Duhe and Chelsea Loupe each reached, then Destiny Wesley hit a shot into the outfield to plate two runs and tie the game. With two outs, Karli Terrio came up with the game-winning RBI single for SCC’s fourth and

“We had some of the better swings that we had all day there,” said Monica. “Those weren’t cheap hits. They were all shots.”

Loupe went 2-for-4 at the plate for SCC, and pitched the complete game on the mound to earn the win. She allowed three runs on seven hits and a walk.

“I thought she pitched well and that our defense played well. They scored two runs in the third, and they loaded the bases with no outs on hits that never left the infield,” said Monica. “Not due to bad defense. They were just hitting it off the end of the bat, hitting it into the right spots.”

And that’s what it took to nail down a district championship in SCC’s first season back in Class 3A.

“Nobody can ever take it away, once you win a district title,” said Monica. “No matter what happens from here on out, you’ve earned that.”