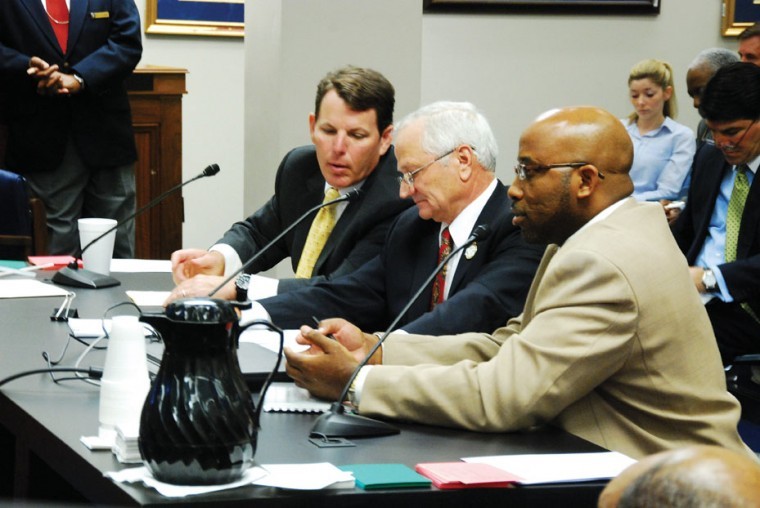 The bill, approved by the Senate Judiciary B Committee, gives the St. James Youth Center and other juvenile detention facilities in the state an additional six months to review new rules and regulations required by the state Department of Children and Family Services for operational licenses. The measure now heads to the full Senate for debate.

“It is a small victory for us,” Roussel said. “We were able to gain some consensus with DCFS. It is up to us to continue to push forward as we are committed to meeting the time restraints.”

Roussel was in Baton Rouge Tuesday with state Sens. Jody Amedee and Troy Brown to present the bill to the seven-member committee. The bill had originally asked for a two-year extension on the licensing deadline, which is set for January 2013.

The state recently shifted operations duties for juvenile facilities from the Office of Juvenile Justice to DCFS. The shift comes with a set of new licensing requirements for facility operation

Roussel said a recent review of operations at the St. James detention center showed a lack of compliance in a host of structural and administrative areas, including separate buildings and gender specific guards for male and female occupants, as well as additional guards for overnight operations.

In addition, the parish is also asking the Legislature to approve a bill that would create a multi-jurisdictional board of commissioners to support and promote operations at the St. James Detention Center. The 10-member board would include members selected by the governing bodies, sheriffs and district attorneys in each parish served by the detention center, as well as judges handling juvenile cases in those parishes. Roussel said that bill is also progressing through the Senate.

The St. James Juvenile Detention Facility serves 25 jurisdictions across six neighboring parishes that include St. John the Baptist and St. Charles parishes. The facility has a current staff of 42 and a capacity of about 40. Roussel said about 30 children presently occupy the center.