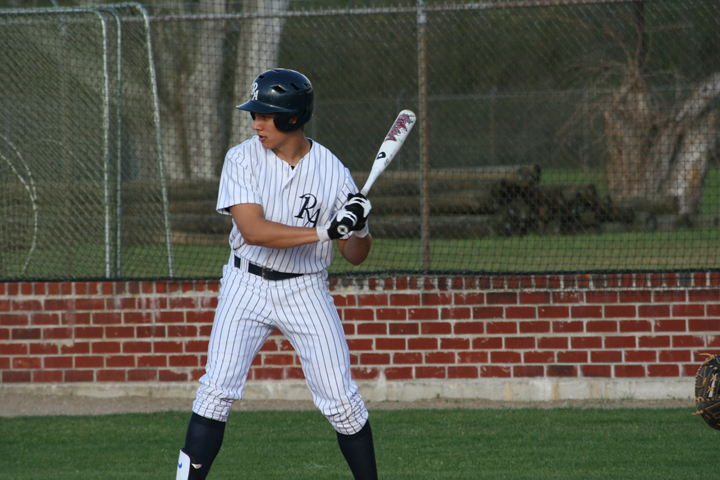 RESERVE — With recent wins over John Curtis, Destrehan and Haynes, Riverside entered Saturday’s game with 5A contender Brother Martin on something of a roll.

And the Rebels roll on.

Riverside toppled the Crusaders for the second time this season, 3-1, to run its winning streak to four.

“We felt the sky was the limit for this team before the season, and right now things have fallen into place for us,” said Riverside coach Matt White. “We had a strong pitching performance and made them scatter their hits … We’ve beaten some quality teams of late and we just want to keep the ball rolling.”

Tate Scioneaux’s two-run home run in the first inning gave the Rebels a lead it wouldn’t relinquish, scoring he and Grady Geiger, who had reached on an error.

“He poked one out in the first,” said White, “and we just kind of rode that momentum.”

Riverside added one more run in the fifth inning to push a 2-1 lead to the eventual 3-1 margin.

The Rebels actually finished with more runs than hits, as Crusader pitching held RA to two hits on the day.

“He completely dominated,” said White. “He spotted his fastball and his breaking ball was over.”

Scioneaux closed the game to notch his third save, going 2.1 innings and allowing a single hit. At the plate, he finished 2-for-2 with the home run and a double. He scored two runs.

“He was gonna throw a bullpen after the game or throw it during,” said White. “We called on him and he came in and did what he does. Another huge effort. I’m just proud of the effort of the entire team. It was a big win.”

Riverside defeated Haynes 9-3 in a District 10-2A game last Tuesday, then took another district win on a forfeit from Carver. The Rebels sat alone in first place at 3-0 as of Tuesday, when it was slated to host second-place Curtis in a rematch. The game was scheduled after presstime. Details will be in Saturday’s edition of L’Observateur.