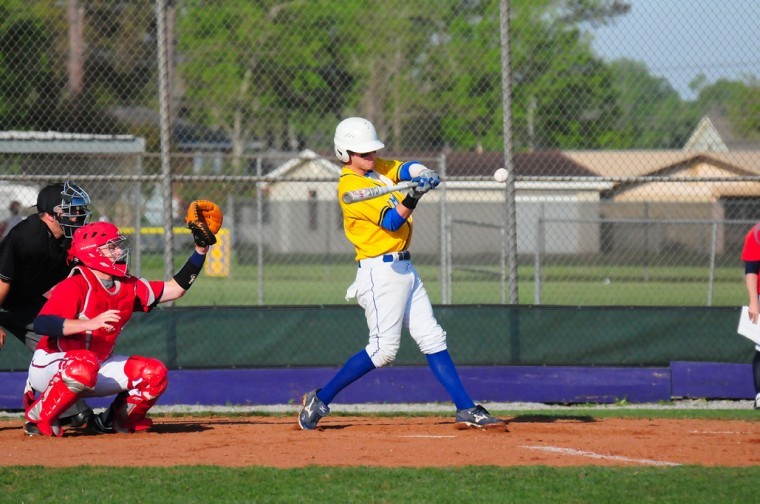 St. Charles Catholic coach Paul Waguespack said that if you told him his team would be 16-6-1 a month ago, he would have laughed at the prospect.

The Comets were sitting at 3-5, losers of five straight on Apr. 3. But since then, SCC is 13-1-1, its most recent victory coming in spectacular fashion, a 17-2 win in five innings at Eunice in a non-district game Saturday.

“We never expected that to happen,” said St. Charles coach Paul Waguespack. “We played well. We put pressure on them early, scored three in the first. But Eunice is the type of team … you just don’t expect to do what we did up there.”

Macky Cortez had a double and a triple to go with three RBIs. Chad McNeil also collected a triple and three RBIs.

Eunice (16-6) sits at ninth in the class 3A power point rankings, a bit down from SCC, which now sits in third.

David Bleakley earned the win for SCC, allowing just four hits, only one of those coming in the first three innings. He allowed two runs.

“He threw real well,” said Waguespack. “We played well behind him. Credit to our guys, after a two-and-a-half hour trip, you always know there’s a chance you might not play well. But they were ready.”

St. Charles led 3-0 after an inning, scoring on RBI singles by McNeil and Luke Poche and on an error.

McNeil came up big again in the second inning with a triple to right that scored two runs, pushing the lead to 5-0.

And then the floodgates truly opened for the Comets, as SCC put up 10 runs in the fourth inning to essentially slam the door on any thoughts of a Eunice rally.

Cortez hit an RBI double, then Nick Montagut sacrificed him home to make it 9-0. A Jeffrey Hall RBI single made it 10-0, then a Poche double pushed the lead to 11.

SCC scored the rest of their runs with two outs. SCC scored a run on each of three errors by Eunice to push the lead to 14-0. Cortez tripled two runs home to make it 16-0, then Montagut doubled him home to round out the scoring.

Waguespack noted that his team, obviously, has come a long way since that early season losing skid.

“I don’t think we’ve ever lost five straight here. Maybe not three in a row,” said Waguespack. “I never would have dreamed we’d be sitting where we are right not.

“We had 12 hits (Saturday), and they had six errors to help our cause. But that also comes back to putting the ball in play. The kids buy in to what we’re coaching, to what we ask them to do with two strikes, to what our approach overall is at the plate. We’re swinging the bats well, and good things happen when you put it in play.”