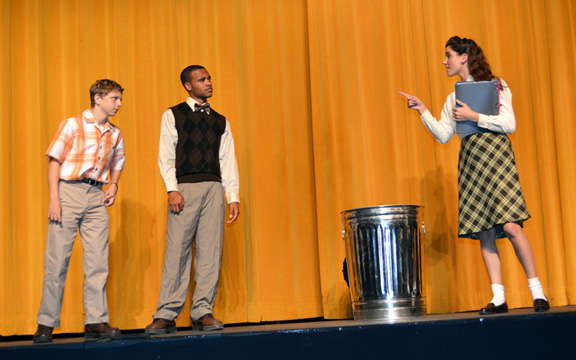 All reserved seat tickets are $10 and can be purchased at the SCC school office during the day or an hour before showtime at the theater box office in Reserve.

The cast for “Get Smart” includes Michel Morton as the bumbling Agent Maxwell Smart and Audrey Martin as his partner, Agent 99.