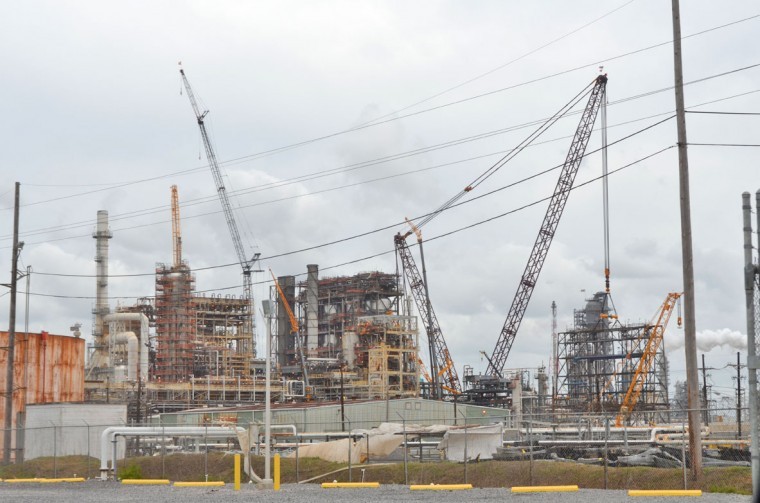 HAHNVILLE – Improvements and expansions of industrial plants, as well as an influx of small business development, has St. Charles Parish on track for record amounts of capital investment totaling about $3 billion over a two-year period, said parish Economic Development Director Corey Faucheux.

Faucheux spoke to the St. Charles Parish Council during a recent meeting to discuss ongoing projects and new investment heading to the area. He said the largest investment comes from Valero, which is making roughly $2 billion in improvements to its St. Charles Refinery in Norco.

“It’s hard to miss the work that is going on out there,” Faucheux said. “It seems like a new construction crane is added every day.”

Faucheux said the projects at Valero include a new catalytic cracker, two new hydrogen plants built by Air Products, and a $400 million green fuels plant that uses animal fat rather than oil to produce diesel. Faucheux said the plant will be the largest of its kind in the U.S.

Faucheux also touched on plans by Dow Chemical to restart an ethylene plant and upgrade other infrastructure at its Taft facility – a more than $600 million construction project that could bring 300 new permanent jobs and hundreds more construction jobs.

Just downriver from Dow, the parish is working with the Port of South Louisiana to upgrade a rail spur on the west bank as part of an industrial park for the port.

Faucheux also discussed a list of corporations relocating corporate offices in the parish. He said M.R. Pittman Construction is completing a $4 million project to relocate its home office to the James Business Park in St. Rose. The move will add 15-20 new employees. He also said Southern Precision, a high volume machine shop, is bringing its new headquarters to the St. Rose business park at a cost of about $4 million. Inspectorate America, an industrial inspection company, is also relocating to St. James Business Park and is completing a $4.5 million new home office that will add 20 employees.

Faucheux also brought to light of Aston Manor’s new $9 million assisted living facility in Luling that will be online by the fall of 2012. The elderly care center will employ 50 new people. He also discussed recent successes at Edible Enterprises, the parish’s food-business incubator in Norco, which now has 22 tenants from nine parishes.

The parish is also expanding its tourism activities to attract more out-of-towners to the region. Faucheux said the parish is piggybacking on marketing done by Destrehan Plantation that brings in student tours. He said the parish is trying to bring in more tourists who want to see beyond the New Orleans area.

“Much of the new advertising is a product of funds collected from BP in the wake of last summer’s oil spill in the Gulf of Mexico,” Faucheux said.

Faucheux also said that the parish’s new smartphone app has had 162 downloads from 16 countries.