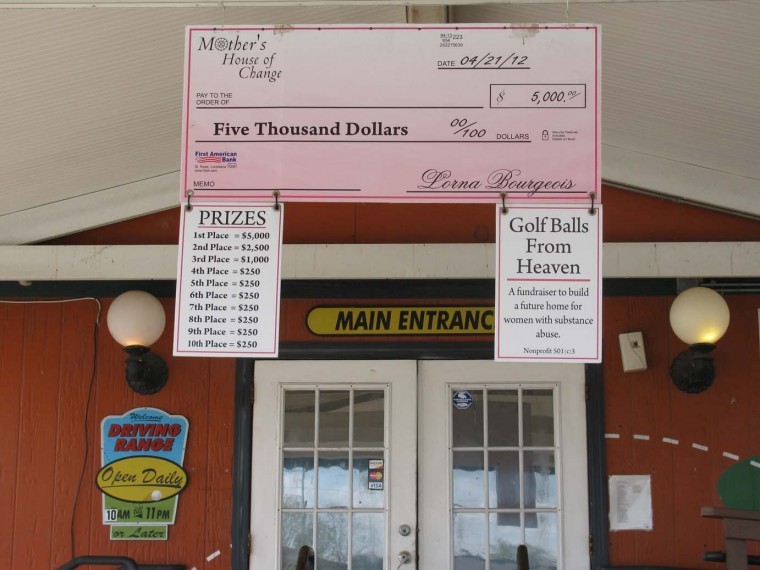 ST. ROSE – Change is often thought of as something forced upon people, something to be endured. Change, however, is just as often the product of an internal desire. St. Charles Parish businesswoman Lorna Bourgeois and her newest endeavor, Mother’s House of Change, focus on the latter.

Bourgeois, who along with her husband, Bruce Bourgeois, owns and operates several businesses in St. Rose and other parts of St. Charles Parish including the St. Rose Driving Range and Quality Fab, was inspired to start Mother’s House of Change — a rehabilitation center for women who have problems with addiction — by events in her own life. Her son has struggled with addiction, so she has seen the devastating effects of the problem firsthand.

“I started doing the research and found out how to help people with addiction,” she said.

That led to the establishment of Mother’s House of Change in September 2011.

“My son named the company,” she said. “I felt like that was it.”

Both the name and the fact that the company serves women exclusively — for the time being anyway — are matters close to the heart of Lorna Bourgeois.

“I’m a mother, and I feel like the woman is the glue of the family,” she said. “Without a woman it is hard to keep the family together.”

Currently, the organizations holds meeting for women suffering from various addictions on the second floor of the Quality Fab building on Airline Highway, but the Bourgeoises have much bigger plans in store.

“My husband and I joked that we should turn our own house into a halfway house years ago,” said Lorna Bourgeois.

While they have not gone quite that far, they did donate a parcel of land along Airline Highway in St. Rose to the cause. The plan is to build a halfway house for women there because there are currently no such facilities in the parish and very few in all of Louisiana.

“St. Charles Parish has a wonderful drug court but not halfway house,” Lorna Bourgeois said, adding, “For some reason, there are fewer options for women.”

The proposed halfway house will house about 55 women at a time, who would each stay for three to six months. She said catering exclusively to women will not be the only difference at the facility.

She said she wants the families of the addicts to be involved in the recovery process as much as possible. Again, she drew from her own experience when making this decision.

Halfway houses do not run on good intentions alone, however, so Lorna Bourgeois has organized an event to help pay for the costs to design the facility. On April 21, the St. Rose Driving Range will host a unique sort of fundraiser called Golf Balls From Heaven.

For the event, numbered golf balls will be sold for $25 each, three for $50 or five for $100. The balls will then be dropped from a helicopter, and the purchaser of the one that comes closest to making it in the hole will win $5,000. Cash prizes will also be awarded for the next nine closest balls.

Lorna Bourgeois said the idea for the event almost seemed heaven sent. She said she just began researching various types of fundraisers, and there it was.

“The way things are coming together, its almost scary,” she said.