Concerns over education reforms aired at Thursday forum at ESJH 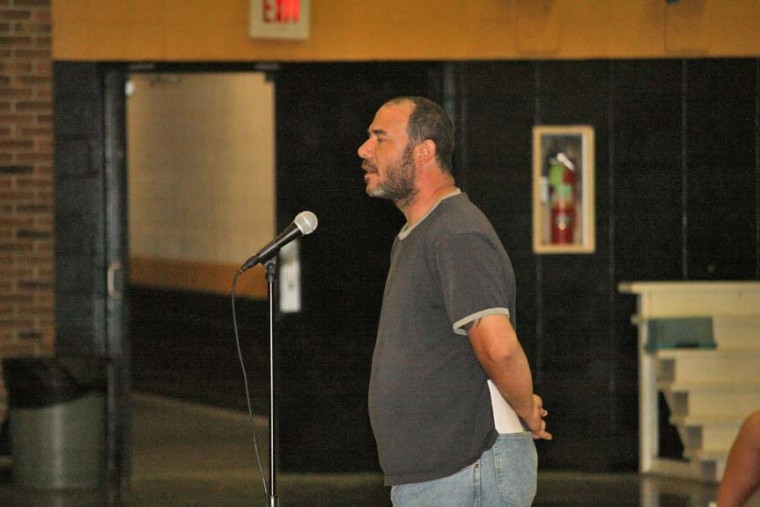 RESERVE — After asking a question at Thursday night’s St. John Association of Education Forum at East St. John, Iona Holloway turned around and implored the audience to stand up.

The symbolism was clear: Holloway, like many of those assembled, does not like many of the proposed changes that are included in Gov. Bobby Jindal’s proposal for educational reform, and time, she indicated, was running out to take a stand.

“You can’t wait for someone else to do it,” Holloway said. ”Send a postcard, a letter, knock on someone’s door. We have to get their attention.”

More than anything, that was the overall theme of a night that, in reality, turned from a chance to be heard into a call to action when a number of state representatives and senators that were asked to attend were unable to make it.

Louisiana Association of Education Executive Director Michael Walker-Jones, conversely, was there and spoke at length about many of the aspects of Jindal’s proposal that he disagreed with. Like Holloway, he said that the time for action is now.

“Don’t be fooled by the spin,” said Walker-Jones. “We are in the battle of our generation. This is not a good bill for Louisiana education.”

The Louisiana House of Representatives heard Jindal’s proposal yesterday, but Walker-Jones stressed that this is only the first step, and that it is not yet too late to change the course of the bill.

“It’s not over. It’s not too late and that’s what we want everybody to understand,” said Walker-Jones after the forum. “The govenor has silenced anyone who has come out with alternatives … I think he is truly letting parents, teachers and the public school system down … instead seeking to push his political agenda.”

St. John Parish School Board member Clarence Triche also spoke and said he was attending in order to “protect my teachers and my kids.”

“The govenor wants to make more recovery district schools and more charter schools. But so far, everywhere they’ve tried to do that, it’s failed,” he said.

Shontrece Lathers, a teacher at Lake Pontchartrain Elementary, said she felt many of the measures being discussed made her feel that what teachers want is being completely ignored.

“It’s the most important job in the world,” she said. “But it isn’t being treated like that right now. I think the process has been rushed, and it’s unfortunate.”

Triche spoke to the crowd and voiced general dissatisfaction with the level of attention that Louisiana gives to education.

“I got real upset when I saw those commercials,” said Triche, referring to the televised Jindal spot that shows students banging their head against their school lockers. “We do not fund education in Louisiana. Our state spends 2.9 percent of the budget on education. Some states spend 5.5. It means they care about education.”

Walker-Jones told the crowd that Jindal’s reform would lead to the privatizing of public schools and that he believed it would put principals in untenable situations, while also creating an atmosphere of fear for teachers.

“Teachers will live in fear of saying anything, aside from teaching to the (standardized) test,” said Walker-Jones.

He also touched upon the loss of tenure for longtime teachers, something he said will be common with Jindal’s proposed system of teacher evaluation.

“Nobody will have tenure,” he said, “unless you’re some kind of superhero.”