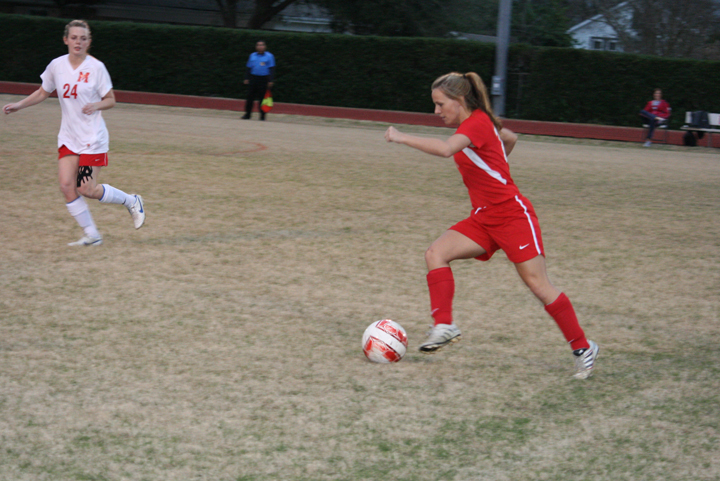 RESERVE – One thing is for sure when it comes to the 2011-12 soccer season: for a number of local players, coaches and supporters, it created memories that will never be forgotten.

For Riverside’s girls’ soccer team, this season was a dream campaign, one that brought the Rebels their first ever double digit win season, their first district championship and their first playoff victory.

Meanwhile, for East St. John’s soccer program, it was a banner season across the board that saw both the male and female Wildcats qualify for the postseason at the same time for the first time since 2005.

Those schools see a number of performers share top billing this season on the L’Observateur’s All-St. John Parish soccer team.

Riverside girls’ soccer coach Stephen Millet earns honors as the parish’s Coach of the Year for his work with the Rebel program, one that saw a breakthrough this past season. Prior to 2010, Riverside had never won even a district game in its program’s history, let alone a winning season.

But the Riverside program continued to grow behind a young core of players since Millet‘s arrival in 2008, Deslatte chief among them. Now a senior, she was the team’s top playmaker – the goals she didn’t finish often saw her at the other end on a pass, or aided by the attention she drew.

Joining her on the team are two other Rebels, Jordan Duhon and Mary Gurley. Each were instrumental in powering the Rebels’ offensive attack that was stronger than ever.

McQuater led the Wildcat boys, playing soccer for the first time since his freshman campaign. He showed he more than belonged, scoring a parish-high 23 goals this season. McQuater boasts a booming leg and the body strength to push through opposing defenses to finish, making him the kind of elite finisher that can fuel a playoff team. Wildcats teammate Andrew Alexander joins him on the squad, where the duo fueled a successful season.

The East St. John girls also made a monstrous breakthrough this season, qualifying for the playoffs in dramatic fashion with a regular season-ending win over Destrehan. East St. John had not won a district game in years and had struggled mightily before this season, but the Wildcats earned their way into the field of 32, qualifying via power points. The Ladycats are represented by Diamond Edwards and Nyanza Bell.

St. Charles also sees a combined four players earn spots after the Comet boys and girls once again found a home in the postseason.

The Comets’ Mason Roussel and Andre St. Martin helped create the backbone o0f a Comets defense that gelled as the season went on. SCC played its best softball down the stretch, culminating with a first round playoff upset at Loyola Prep.

The Lady Comets also returned to the postseason behind one of their best offensive teams. When SCC needed a stop, it could often rely on goaltender Shelby Schneider to come up with a save, while Laura Hane was the Comets’ offensive leader and most steady scorer,

For first year Riverside soccer coach Andrew Wright, Brian Hahn was a steady and versatile hand, and represents the Rebels on the 2012 squad.