Party with the dogs Saturday in LaPlace 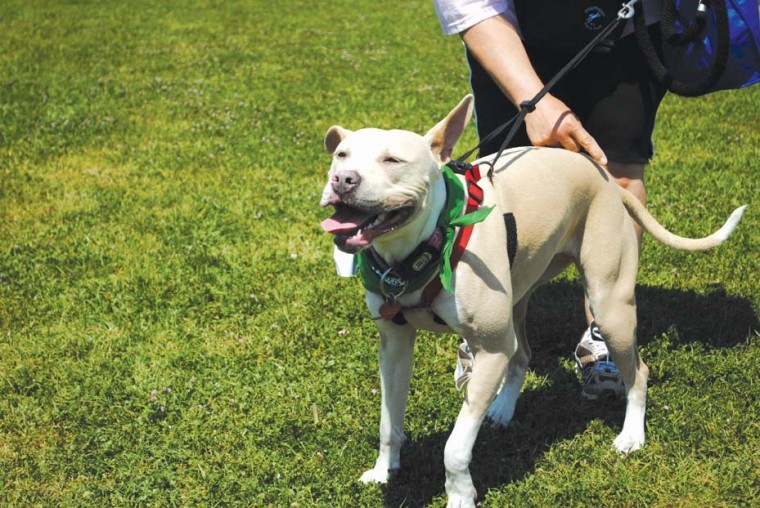 LAPLACE – On Saturday, March 24, Highway 51 Park in LaPlace will once again go to the dogs for the Rotary Club’s fourth annual Pups in the Park on 51 dog walk and fundraiser.

The event begins at 11 a.m., with demonstrations by the St. John the Baptist Parish Sheriff’s Office K-9 Unit, which, according to Rotary Club President Bill Ironside, just happens to be the event’s fundraising target for 2012.

“Donations and entry fees collected will go toward purchase of Kevlar vests for the unit’s dog team,” Ironside said. “We are proud to be able to help protect the dogs that protect us.”

Ironside said the Rotary Club organized a car wash in 2008 to raise money for the K-9 team’s current vests, which now need replacing.

“The vests, which are bullet proof and stab proof, have a shelf life and cannot be used after so many years,” Ironside said.

Following the K-9 Unit demonstration, a dog walk will take place at noon on the park’s one-mile jogging path. There will also be talent and costume contests at 1 p.m., as well as awards for biggest, smallest, cutest and more

Ironside said registration for the walk and contest events begin at 10 a.m. A $10 entry fee can be paid at the park on the day of the event. All proceeds will go toward purchase of the vests. In 2011 the club raised $3,000 for the St. John Animal Shelter to fund Parvo vaccinations for the dogs in their care.

Food will be available from Subway on Belle Terre Boulevard, and Ironside said various sponsors will have items for sale. There will also be several animal rescue groups from the St. John Animal Shelter, the SPCA and a Greyhound rescue organization with dogs on hand that are up for adoption.

“In addition to those groups, Maj. Chuck Bazile of the K-9 Unit will also be trying to find a home for Scooby, a police dog that is no longer active,” Ironside said. “The dog needs a special owner and a special home.”

The park is located at 2900 U.S. Highway 51 in LaPlace near the Central Branch Library and the St. John Community Center. For more information visit www.pupsinthepark.com, or call Ironside at 985-536-1295.