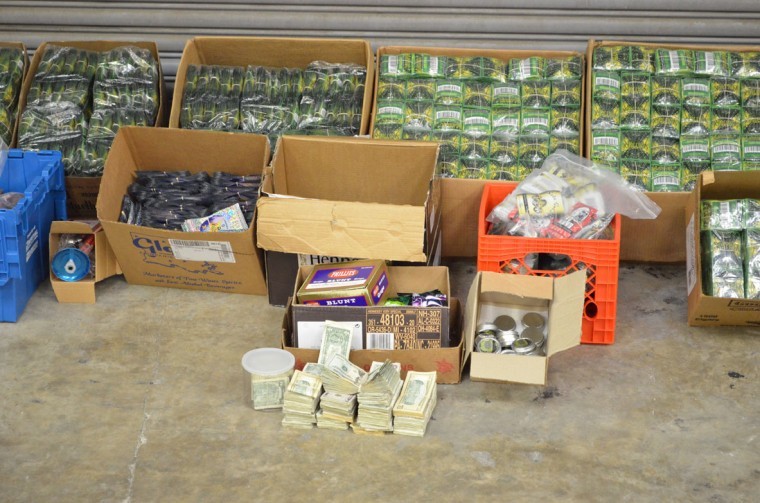 LAPLACE – St. John the Baptist Parish narcotics investigators, working in conjunction with State Police and agents from the Louisiana Office of Alcohol and Tobacco Control, on Thursday seized a cache of synthetic marijuana and other drug paraphernalia from a Garyville convenience store as part of an ongoing investigation into illegal activity at the store.

The owner of the store was arrested during execution of the warrant, which occurred Thursday around noon at Mike’s Food Mart, 2986 River Road, in Garyville. The search was part of an investigation that began several months ago, according to authorities.

Capt. Dane Clement, spokesman for the St. John Sheriff’s Office, said detectives had been receiving citizen complaints of illegal distribution of synthetic cannabis being marketed and sold at the store as herbal incense.

Sales of synthetic marijuana, along with sales of fake bath salts that have been known to trigger hallucinations and suicidal thoughts when snorted, smoked or injected, were banned in Louisiana early last year. The substances are classified as schedule I controlled dangerous substances under state law, making them illegal to possess, manufacture or distribute.

During the search, deputies seized more than 18,000 packets of synthetic cannabis (herbal incense), along with numerous devices used for smoking, other drug paraphernalia used for distribution and about $7,600 in cash, Clement said.

The store’s owner, Ammar Zughayer, 36, of Gretna, was arrested at the scene and booked with possession with the intent to distribute a schedule I controlled dangerous substance and possession of drug paraphernalia. Clement said Zughayer bonded out of jail Friday morning on an $86,500 commercial bond.

The store was closed to customers Thursday during the execution of the warrant, but deliveries were still allowed to take place. The store reopened for business around 4:30 p.m., but Clement said Louisiana ATC is still monitoring operations.