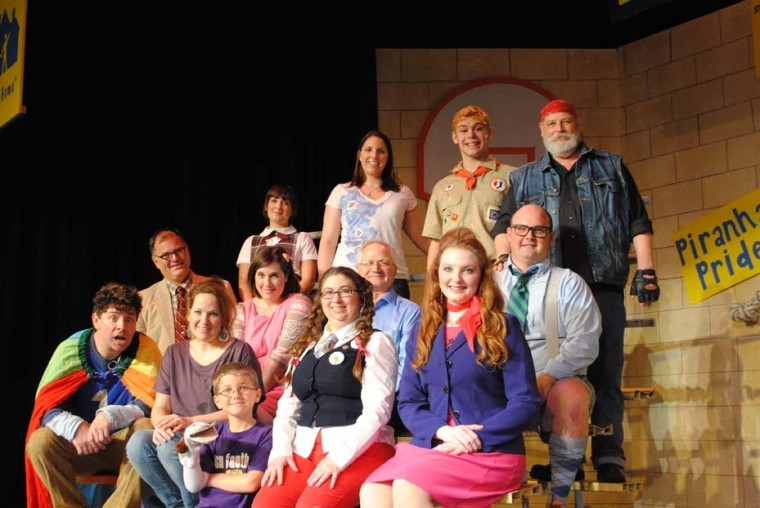 RESERVE – Sunday’s matinee production of “The 25th Annual Putnam County Spelling Bee” had audience members laughing out loud and cast members struggling to oust the last of the show’s “celebrity” spellers before the action of the play could move on.

Luke, who was closest in age to the actual age of the spellers in the show, said, “I liked it very much. The ‘Pandemonium’ song was great.”

The aforementioned song is one of the highlights of the show, with the special cast members joining in on the dancing with the rest of the cast.

Luke was eventually put out of the “spelling bee” after misspelling “lysergic acid diethylamide.”

“I tried my best to spell that big word,” he said.

Another speller who tried his best to spell every word correctly was Roussel, who surprised everyone when he correctly spelled an obscure New England fishing term.

Roussel was put out just after that as the cast needed to get on with the show, but he was happy for having taken part in the show.

Roussel, who was convinced to take part in the show by cast member Sean Roussel, said he had not appeared on a stage in such a capacity since high school.

The two remaining shows are both at 7:30 p.m. For more information visit www.stjohntheatre.org.