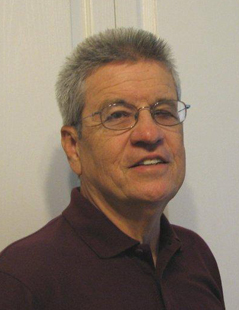 LAPLACE – Swampy portions of St. John the Baptist Parish will serve as the backdrop for a segment on invasive animal species that is part of a popular History Channel program devoted to finding unique stories from state to state.

Led by stand up comedian Larry the Cable Guy, a camera crew descended on Reserve in December to film a piece for the show “Only in America” on a Wildlife and Fisheries program to control the nutria population in south Louisiana.

The crew caught up with St. John Parish resident Dean Torres and his son Kirk, who have been working with the Coastwide Nutria Control program since 2006.

“The producers came across an article that my son and I were in about the control program and the work being done along the I-10 corridor to control the nutria population,” Torres said. “I was a little reluctant at first because I had never seen his show, but it was a fun time and a unique experience.”

“Only In America” follows Larry across country as he tracks down people, stories and places that are uniquely American. Each episode sticks to a specific theme and includes three segments. The piece with the Torreses airs as the second segment in an episode that premieres Wednesday at 8 p.m. on the History Channel. Wednesday’s show also features segments on the feral pig population in Mississippi and a carp rodeo in Iowa.

“I can’t reveal too much about what went on, but I will say that there are lots of beautiful shots of the wetlands north of I-10,” Torres said. “We also spend time on different ways to cook and eat nutria once they have been captured. It was a good time.”

Torres said the efforts of the nutria control program have worked really well, especially in areas where protection levees are in danger.

“We are making some great progress,” he said. “I enjoy the work.”