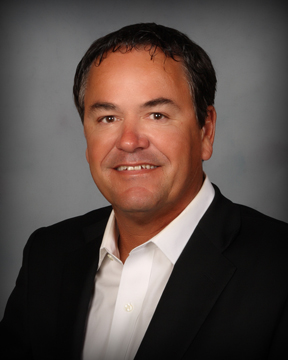 LAPLACE – The St. John the Baptist Parish Council on Thursday voted to approve the parish’s appointment of Joseph Scontrino III to the Port of South Louisiana’s Board of Commissioners during a special meeting in LaPlace.

Seven of the nine council members were in attendance at the meeting, which was called to allow the council the opportunity to vote for a nominee to the port commission prior to Friday’s deadline for action. All seven approved Scontrino, president and CEO of Landcraft Homes LLC in LaPlace.

Although approval was unanimous, some council members in attendance expressed their displeasure at having to make a decision on an appointment with little time to evaluate the two candidates up for nomination. Thursday’s meeting was called Tuesday.

“This seems like an important appointment,” said Councilman Larry Snyder. “I hate doing things on a rush. I don’t feel good about it, but we need to do something.”

Councilman Lennix Madere agreed with Snyder and added that he had a hard time voting for someone that he really does not know. He said the decision should be based on knowledge and information.

Parish President Natalie Robottom sympathized with the council members, but explained that they didn’t have more time because required nomination letters from industry groups did not arrive until earlier in the week. She added that one letter was hand delivered Thursday morning.

“I feel the same way that you do,” Robottom said. “I don’t like to be pushed to the limit. It is not up to me. There is a set list of organizations who can submit nominees, and we got them at the last minute.”

Prior to the appointment, the council voted for a 10-minute recess so council members could review letters of recommendation for Scontrino from nominating organizations as well as his resume. Robottom said she had called Scontrino when she received the nominations to see if he could be present at the meeting, but she said he had already scheduled a previous engagement and could not make it.

Had the council not acted Thursday, it would have turned the appointment over to Gov. Bobby Jindal. The state Senate would then confirm the appointment. Robottom said that she and Jindal had spoken and that he was ready to appoint Scontrino. Scontrino’s nominations were submitted by the Greater New Orleans Barge Fleeting Association and the River Region Chamber of Commerce. Robottom said the other candidate was St. John Parish businessman Pat Sellers, who was nominated by the New Orleans and Baton Rouge Port Pilots Association. Council Chairman Lucien Gauff said he knew both candidates and would have no problem appointing either one. He said that Scontrino, as a business person, has the opportunity to bring a lot of value to the port and the parish.

According to state law, the commission serves to regulate commerce and traffic processed through the public facilities administered by the port within the port area which includes St. Charles, St. John the Baptist, and St. James parishes. The port commission is comprised of seven members that serve a term concurrent to that of the governor. One member is appointed by the parish president from each parish within the territorial jurisdiction of the port and must be confirmed by two-thirds of the members of the respective parish council.

If he is confirmed by the state Senate, which approves all appointments, Scontrino will replace Rusty Gaudet, who did not seek re-appointment to the commission.