Rep. Gaines learns from those who came before 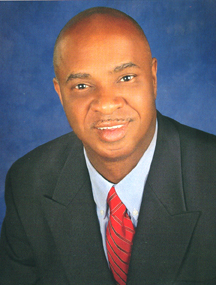 LAPLACE – To prepare for his first legislative session of his first term as a state representative, Randal Gaines said he sought out the advice of those who previously held the position.

“Immediately after the election I met with Nickie Monica and Bobby Faucheux, who were both members of the House from this region, just to get an idea of what to expect and to get insight on how to approach the position,” Gaines said. “They both stressed the idea of putting the district first regardless. All politics are local, and the first priority should be on the residents represented.”

Gaines said he has also spent a great deal of time meeting with the parish presidents in St. John and St. Charles to get lists of state funded projects and services within the region that need to be continued. He said the meetings offered him a chance to see what should be focused on locally.

“In St. Charles, V.J. St. Pierre stressed the continuing need for adequate flood protection in the lower lying areas of the parish, especially on the west bank,” Gaines said. “There are studies still being performed to see where the deficiencies are and what areas are prone to flooding. It is obvious that the parish is not satisfied with the level of protection.”

In St. John Parish, the big issue at hand is the proposal within Gov. Bobby Jindal’s budget to cut the Reserve-Edgard ferry. Gaines said he is already getting calls from residents who do not want to see the ferry get pulled from the parish.

“We are certainly going to aggressively fight the shutdown,” Gaines said. “We are fortunate in this region to have to legislators from the River Region (Gary Smith and Troy Brown) who hold spots on the legislative transportation committee. We are going to come together as a team to make sure service does not stop. We have the entire session to iron it out.”

On the state level, Gaines said the key topic for the legislative session, which begins Friday, will be education reform in the state. He said Jindal’s objectives, which include having effective teachers that are evaluated on student performance, equal opportunity to education and flexibility in spending, are important, but there are still questions.

“Can this reform plan achieve these objectives without creating an unreasonable work environment for teachers?” Gaines said. “Any major institution should undergo reoccurring reform and revitalization, and I firmly agree that our public education system needs reform, but rapid sweeping change does not allow sufficient opportunity to address deficiencies in the plan.”

Gaines said there are many great public school teachers already in the system and that the state needs to ensure that school districts have been provided the proper assistance, training and resources.

“I don’t think our underperforming schools are less productive because they are saturated with unqualified teachers,” Gaines said. “I do think we have to ensure we balance tougher standards and goals with training and resources.”