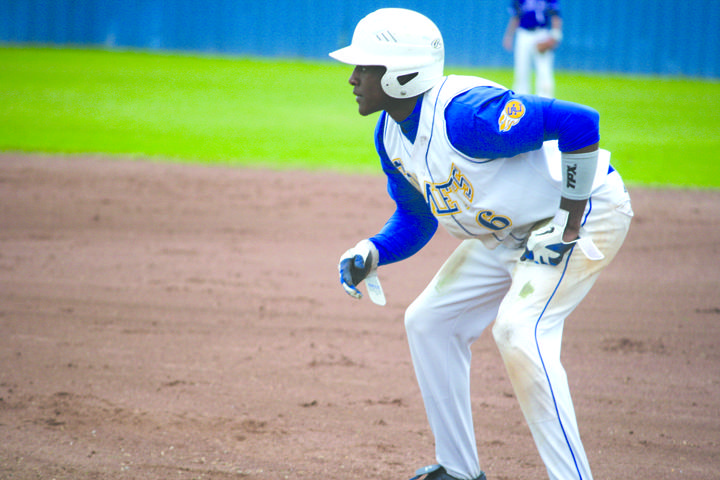 LAPLACE — But for a single inning on Sunday afternoon, St. Charles Catholic would have finished its Comet Classic tournament with a perfect 4-0 mark.

But rival Lutcher scored eight runs in a sixth inning rally to overcome a 4-0 deficit and spoil the Comets’ undefeated run to begin the season, the Bulldogs emerging with an 8-4 win in six innings.

The game was called after the bottom of the sixth due to darkness.

“Our guy on the mound (Corey Merrill) wasn’t at his sharpest today. To get the win over a good team in spite of that is a testament to our relief pitching and our approach at the plate,” said Lutcher coach Davey Clement.

“They made a few errors… everyone has innings like that where a few mistakes snowball, and that helped us a little bit.”

“We can’t let one inning take everything away from this weekend,” said St. Charles coach Paul Waguespack.

“Especially against Evangel, I felt like we saw a glimpse of what we can be. We said we’d be elated with three and one this weekend… we were close to 4-0.”

Lutcher scored its first run with no outs in the top of the sixth after a single by Trevor Englade, a walk by Jared Poche and an RBI double by Chase Caldarea.

Nick Montagut retired Thomas Waguespack on a pop out, but Jesse Guidry brought another run across on an infield single to make it 4-2. Corey Merrill plated another on a groundout to bring LHS within one, and Phillip Chauvin tied the game up on an RBI single.

Paul Faucheux gave Lutcher the lead for good when he punched an RBI single to left; that prompted a SCC pitching change as Chad McNeil came on for Montagut, who started the game. But Sully Martin reached on a bunt single and Englade walked; with the bases loaded, Poche drew a walk to force in a run to make it 6-4.

Waguespack called upon his bullpen again and replaced McNeil with Mason Bordelon, but a Comets error denied SCC a chance to get out the inning, as a ball dropped on a potential forceout at second base allowed two more runs to score for Lutcher.

“Coach talked to us, told us to pick it up,” said Caldarea. “We came together after that and we just kept putting it in play.”

SCC scored one run in the first inning and three in the second, but struggled to create offense from there.

“We didn’t lose it in the sixth,” said Waguespack. “We lost it in the third, fourth and fifth. We’re not good enough to relax, and I felt like we did that at the plate after the first two innings. We need to score eight, nine, or 10 runs a game.”

SCC 13, EVANGEL 5 — St. Charles jumped out to an 8-0 lead against the Eagles on Saturday en route to its third victory of the season.

Connor Smith picked up the win, allowing three runs on five hits in five innings. He struck out two.

Jeffrey Hall went 4-for-5 with three RBIs to help lead SCC at the plate. Brandon Zimmer was 3-for-3 with a two-run home run and Montagut went 2-for-4 with a three-run triple.