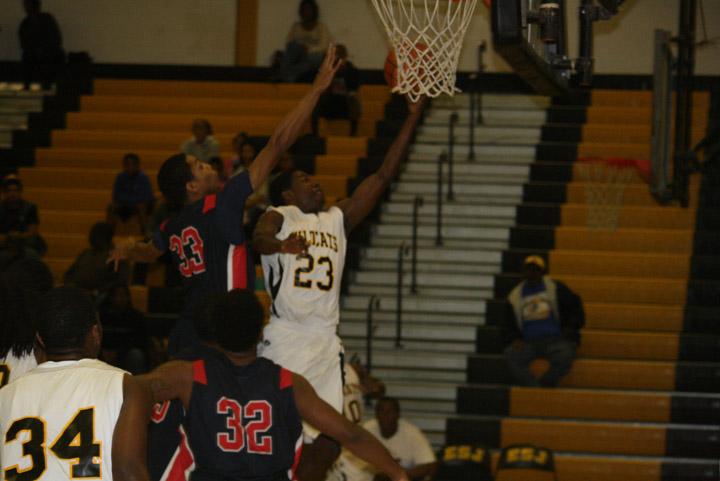 A late charge by John Ehret represented the only mark against an otherwise perfect night by East St. John, which won it’s opening round Class 5A bi-district playoff game at home Monday night, 67-57.

East St. John advanced to face Brother Martin in the regional round on Friday night. The No. 21 seeded Crusaders upset No. 12 Zachary in the first round. Results of the regional will be in Wednesday’s edition.

It was the third Wildcats’ victory over the Patriots this season. The two teams are District 8-5A rivals; East St. John was that district’s champion with a 9-1 record, sweeping Ehret en route to the title.

East St. John led by as many as 24. “We played our hearts out from the start of the game,” said East St. John center Elex Carter, who scored a team-high 18. “Coach kept telling me that he needed me to be aggressive. I thought I was and that we were tonight.”

The Wildcats did not take long to assert their dominance. ESJ led 6-4 before a Patrick Washington drive and make sparked a 9-0 run. Elex Carter’s turnaround jumper made it 10-6. Then Jalen Kenner canned a 3-pointer from the top of the circle to push the lead to seven. Carter popped in a 15-footer to continue to push the lead to 15-6 and cap the run. ESJ led 17-10 after the first quarter.

The Wildcats opened the second quarter on an even better run, scoring the first 11 points of the quarter. Kenner sank two free throws before Carter scored three consecutive baskets, the first on a jumper, the second on a crowd-pleasing putback slam, and the final one off of his own steal and layup.

“It’s a credit to the work he puts in,” said Jasmine of Carter’s offensive growth this season. “He’s constantly trying to get better. And as a result, you see it in games like this. I thought we did a good job getting him going early.”

Washington capped the run with a three from the corner, one set up out of a Wildcats time out. It made it 29-10; ESJ led 35-21 at halftime, with seven Wildcats already in the scoring column.

Emmanuel Victor scored a basket to put ESJ ahead 56-32 near the end of the third quarter, but that’s where Ehret started to whittle down the lead. Kevin Johnson hit a free throw and Kevin Hill scored on a put back to ignite what became an 11-0 run, one that included eight Hill points and cut the ESJ lead to 56-43. A bank-shot three by Ehret’s Dante Royal made it 58-46, and with 1:48 left, Ehret got within single digits when Andrew Williams hit from the corner for a 3, making it 60-51. But time was running too low for Ehret to truly threaten; the Patriots got within six late, but no closer.

“When we let down defensively, it becomes a problem. When we don’t value possessions, that’s a problem,” said Jasmine. “When we subbed late, we let them back in the game. We have to maintain our intensity whether the starters are out there or not.”

This has been arguably the most successful team in the history of the boys basketball program already. Carter said much of it comes down to chemistry.

“We’ve got a lot of guys on this team that can score, and everyone buys in defensively. And the young fellas on this team jumped on the train,” he said.ì‡“