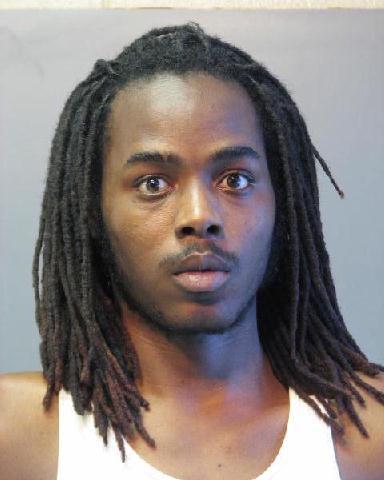 LAPLACE – A third man wanted in connection with a shooting in Garyville in July was apprehended in Texas and extradited to St. John the Baptist Parish to face charges.

Durwin Johnson, 23, of South Fig Street was arrested Feb. 1 in Beaumont, Texas, as a wanted fugitive from the St. John Sheriff’s Office. On Monday, Johnson was transferred back to the parish and booked into the Sherman Walker Correctional Facility in LaPlace, said Capt. Dane Clement, spokesman for the Sheriff’s Office. Upon returning to St. John, Johnson was booked with four counts of attempted second-degree murder, illegal use of a firearm and aggravated criminal damage to property. His bond was set at $420,000. Johnson was the last of three suspects arrested for a July 16 shooting on Historic Main Street in Garyville.

According to a Sheriff’s Office report, shots were fired from a grey SUV that struck another vehicle occupied by four subjects. No one was shot in the incident, but evidence at the scene indicated at least two weapons were fired, Clement said.

On Jan. 18, Craig Lee Jr., 23, and Devonte Johnson, 18, surrendered to St. John sheriff’s deputies and were booked on the same charges. Lee and Devonte Johnson were suspects in other crimes in the parish and also named as persons of interest in the murders of Kevin Ferrygood on Jan. 14 and Darron Russell on May 23, 2010. Clement said they have not been arrested in those incidents. Both men remain in jail.