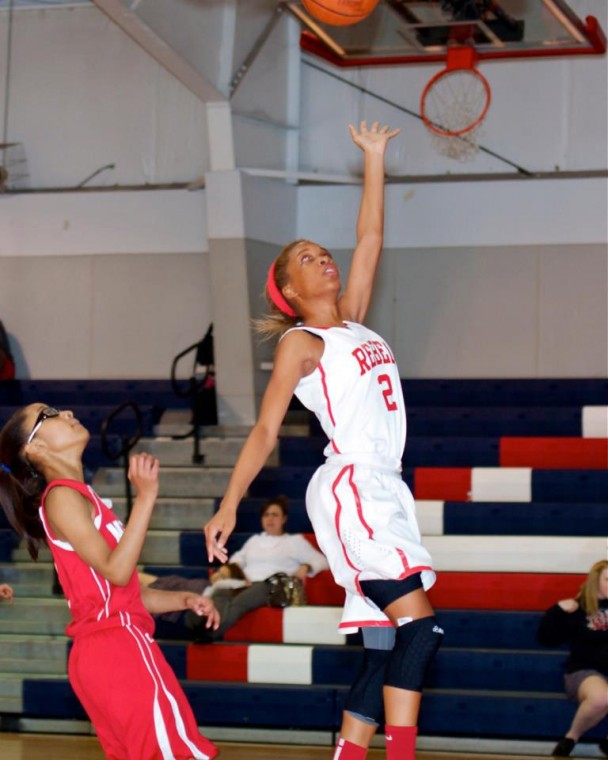 RESERVE — Riverside put forth a strong effort in what might have been a last gasp effort to secure a playoff spot against Hosanna Christian in a non-district game Monday night, but a fourth quarter push netted the Blazers a 59-50 victory over the Lady Rebels.

Kelsey Joseph scored 18 to lead Riverside (12-18). Channan Simmons scored 13 and Toni Hebert scored 10 for the Rebels, who looked on Tuesday to have finished just outside of Class 2A’s top 32 in power points.

“As a whole, I thought we did a good job (against Hosanna Christian),” said Riverside coach Kristy Hebert. “We didn’t really trail at all until the final three minutes.

“We got into some foul trouble at the end, three starters fouled out … and with constantly rotating people in and out, we never were able to get into our offensive flow. They went on a run and we had to start putting them on the line.”

The Rebels entered the game on a high after winning its final three district games, including a pair of victories last week over McGehee and Carver.

The game with Carver was scheduled to be played last Tuesday, but Carver forfeited and the Rebels collected an easy win.

Monday saw Riverside put things away relatively early against McGehee, the Rebels outscoring the Hawks 20-6 in the second quarter and leading 33-14 at halftime.

“We did a good job with our trapping defense,” said Kristy Hebert. “We made a lot of steals and executed off of that. It set a good tempo for us.”

Coach Hebert acknowledged Tuesday morning, before the release of the girls’ brackets, that it was doubtful the Rebels would qualify for the postseason.

But she was happy with the progress her team made throughout the season and said she’s excited to see what next season brings, given that her team of underclassman will lose no seniors.

“The girls kept working and improving,” she said. “Especially in the post. We knew entering the year that we’d have good guard play. Channan, Toni and Kelsey were consistent for us. But our post play as a whole got a lot better and that’s a very good sign for next season.”

The Rebels finished 8-4 in District 10-2A, good for third place behind district champion John Curtis and Haynes.