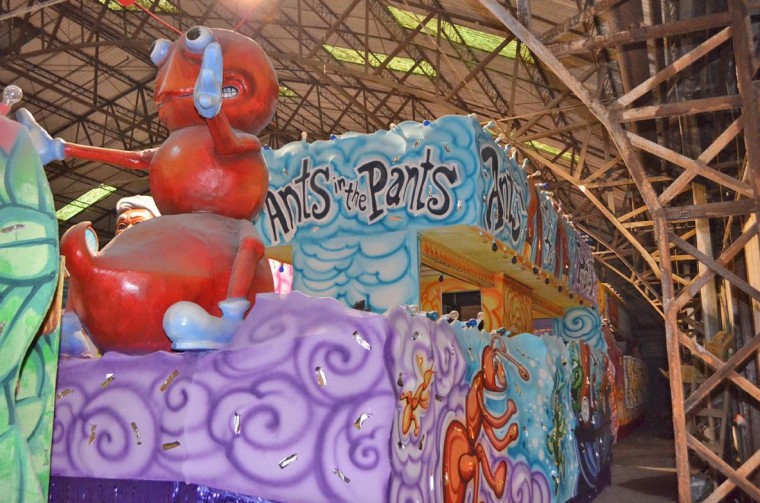 LAPLACE – Although Mardi Gras day is not until Tuesday, the Carnival season in the River Parishes reaches its apex this weekend as a number of local krewes take to the streets.

On Saturday, two krewes, Towahpasah in Reserve and Lul in Luling, will stage their annual parades. The Reserve event is an informal parade of decorated trucks and trailers and draws a mostly local crowd. Lul, on the other hand, is a more traditional parade featuring traditional floats and royalty. Towahpasah rolls at 1 p.m. while Lul rolls at noon.

On Sunday, one of the most established local parades will take to the streets of LaPlace as Krewe du Monde rolls for the 38th time.

“We have a large parade this year,” said Parade Chairperson Melynie Wright.

According to Wright, this year’s parade will contain close to 100 different units including floats, cars, bands and other marching groups.

The parade this year has about 700 riders on floats, which will follow a board-game theme.

Reigning as the king and queen of this year’s parade is Dr. Cristy Montegut and Ellen Flynn, who will also be honored at the krewe’s ball, scheduled for Saturday evening at 6 p.m. at the Pontchartrain Center in Kenner. The theme of the ball is “Love…du Monde Style,” and the king and queen and the rest of the court will portray famous couples. The ball captain is Randy Zaidain.

But of course, the main event is the parade, and this year’s will certainly not disappoint.

The parade this year will feature more local marching bands — Lutcher High School was added to the ranks this year — and dance groups. In all, about nine local schools will be represented.

Riding professionally designed floats with themes such as Yahtzee, Operation and Ants in the Pants, krewe members will be throwing cups emblazoned with the du Monde logo in addition to the usual beads, trinkets and stuffed animals.

“It’s going to be one of the largest parades du Monde has put forth, and all for the main purpose of raising funds for charity,” said Wright.

For several years, the parade has been organized by the LaPlace Lions Club, and the money raised from parade entry fees benefits a number of Lions Club-supported charities such as the Greater New Orleans Therapeutic Riding Center and the Eye Foundation. Money also goes toward providing free eye exams for children and supplying food baskets to the area’s needy. The Lions Club is the oldest service organization in the world.

“We gave away over 50 food baskets last year,” said Wright.

Wright commended the individual groups that spend thousands on parade entry fees, floats and throws, all in the name of charity.

“How awesome is that?” she said.

Aside from generating funds for charities, the parade provides a day for the River Parishes community to get together and celebrate itself.

“It’s a great day for food, fun and relaxation,” said Wright, who has been planning the parade since last summer.

The parade rolls at noon sharp Sunday from near the St. John Community Center on U.S. Highway 51 in LaPlace and winds its way through the streets of LaPlace.