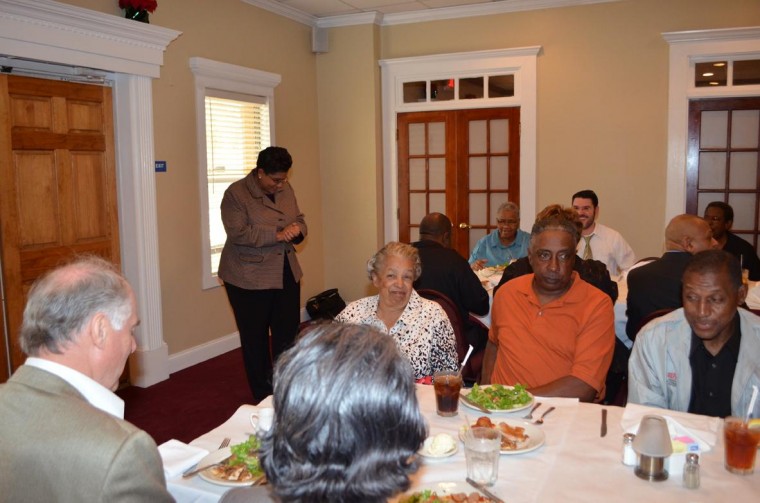 The appearance was part of a 35-city “Back to Basics” tour of the state that crisscrossed Louisiana from north to south. The tour concluded Saturday in Slaughter, just north of Baton Rouge.

“It has been a grassroots effort to ensure that the party is ready for the 2012 election and the national convention,” said Buddy Leach, chair of the Louisiana Democratic Party. “We are talking to residents and elected leaders about becoming delegates to the convention.”

Leach said the response to the tour has been “tremendous” and that each tour stop has generated large numbers of attendees.

“We are seeing support in areas where I did not expect it,” Leach said. “Locations in central and northern Louisiana had more that 100 in attendance. I think the effort is making a difference.”

LDP Executive Director Renee Lapeyrolerie, a Reserve native, said the tour has been less about campaign initiatives and more about energizing the party and strengthening the organization at the local level.

“There are a lot of democrats being elected at the local level and St. John is certainly no exception,” Lapeyrolerie said. “Local support is very valuable when a member of a community is looking to run for a statewide position. We are finding that boots on the ground beat dollars being spent in an election year.” Leach said he was impressed by the local turnout during the LaPlace stop, which came right at noon on a weekday.

“I think it can be difficult for some people to come out during a work week for an event like this,” Leach said. “It is that show of support that can make a difference in October.”