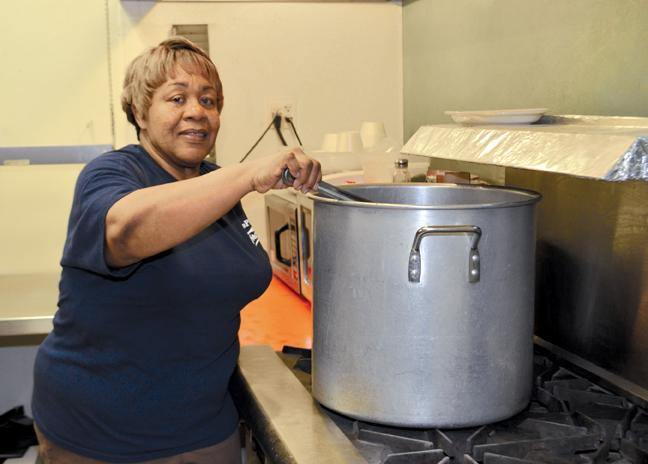 LAPLACE – Anyone who has stopped to grab a meal at the LaPlace Frostop Restaurant on Airline Highway in the past 20 years likely had some portion of food prepared by head cook Betty Davis.

Davis, who is about to enter her 26th consecutive year working at the beloved burger joint, was recently recognized by the Louisiana Restaurant Association as one of the organization’s Restaurant Legends for 2011.

“It is definitely an honor. Something I would have never expected,” Davis said. “I have enjoyed the years here, and I look forward to many more.”

Davis said she actually started working at the restaurant as a teenager in 1963 as a server. She said she worked two years before leaving to start a family.

“In between I had gone back to work at other restaurant-type jobs, but I always wanted to get back to Frostop,” said Davis, who was born and raised in LaPlace. “I finally came back in April of 1986 to work with the Toler family, who took over the restaurant in the 1970s.”

Davis said she started with the onion rings, later moved on to the grill and eventually to the restaurant’s dressing table. She said the job is always hectic, but it keeps her going at a fast pace.

“Things have become more demanding and busier than what it was in the past, I can tell you that,” Davis said. “Everything is quicker. The menu has certainly grown since I started back, and the restaurant has grown with it. But the job is not hard if you love what you do everyday.”

Davis added that her passion for cooking is what has kept her going for 26.

“I have always cooked for others, and I really enjoy it,” she said. “I specialize in soul foods like red beans and rice and gumbo. It keeps me moving and keeps me active.”

During her break from working for the restaurant, Davis said she found time to raise four children, who are all now grown. She said none have followed her into the food industry.

“It just wasn’t for them,” Davis said. “I don’t mind. I like having my own thing. As long as I have my health and strength, I will continue to keep at it.”

Erica Papillion, director of communications for the Louisiana Restaurant Association, said the Legends Award recognizes the long-term dedication of employees who make up the backbone of the restaurant industry, such as servers, cooks, suppliers and other similar positions. She said those employees with more than 20 years of continuous service at one foodservice establishment are eligible for the award. Davis received her award Jan. 26.

“Betty’s positive attitude, hard work and dedication have not only made her a valued employee, but she is truly a part of our family,” said LaPlace Frostop owner Terry Toler.